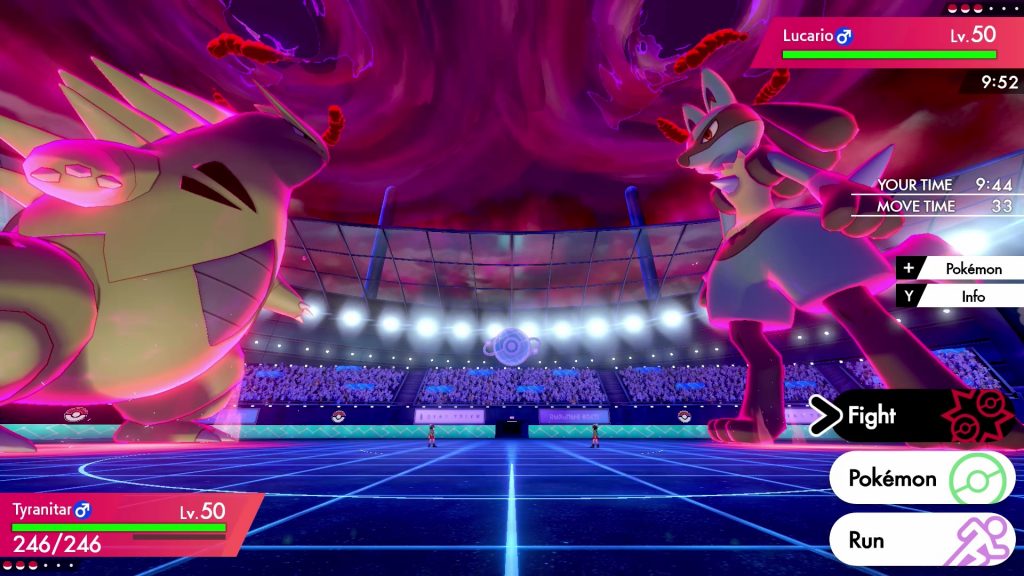 Some new information regarding features, items, and Gigantamax Pokémon has been revealed!

This morning the Pokémon Company International and Nintendo announced the first online competition for Pokémon Sword and Shield, as well as a new event regarding Gigantamax Pokémon being encountered in Max Raid battles. They also revealed several new items and features that will also be showcased in the games. 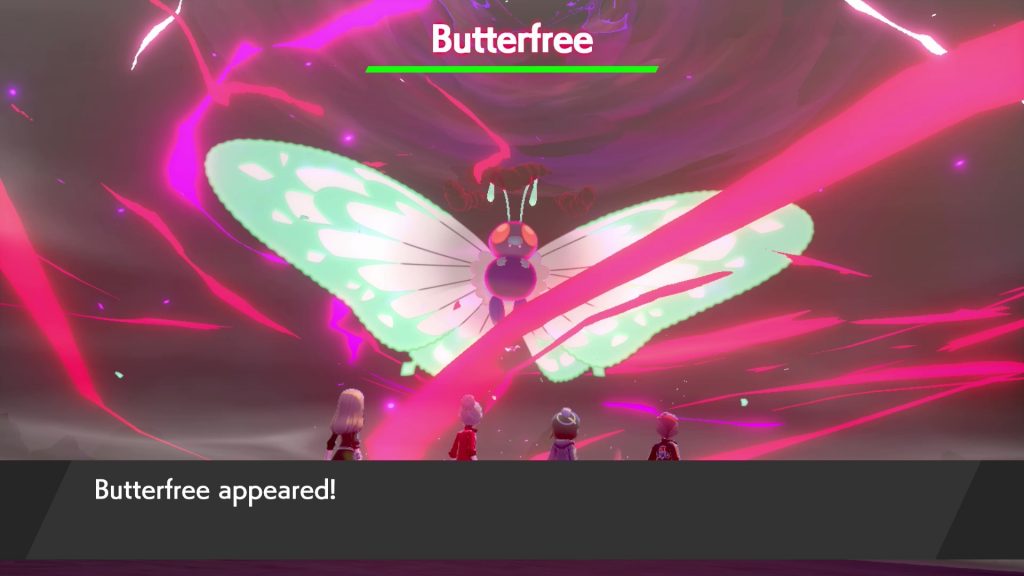 One of the new features in Pokémon Sword and Shield is Max Raid battles, in which four Trainers can team up to take on a wild Dynamax Pokémon. However, it has also been revealed that in extremely rare instances, trainers can encounter a Gigantamax Pokémon can appear instead of a Dynamax Pokémon. Only certain species of Pokémon can Gigantamax—and even among such species, only very rare specimens will be able to. Thus, this provides trainers with a means to obtain Gigantamax capable battling partners. As such, a new event has been announced to commemorate the release of the games. From Friday, November 15, 2019, until early January 2020, players will be more likely to encounter Gigantamax Butterfree in Max Raid Battles. A connection to the internet will be required to participate in Max Raid Battles. 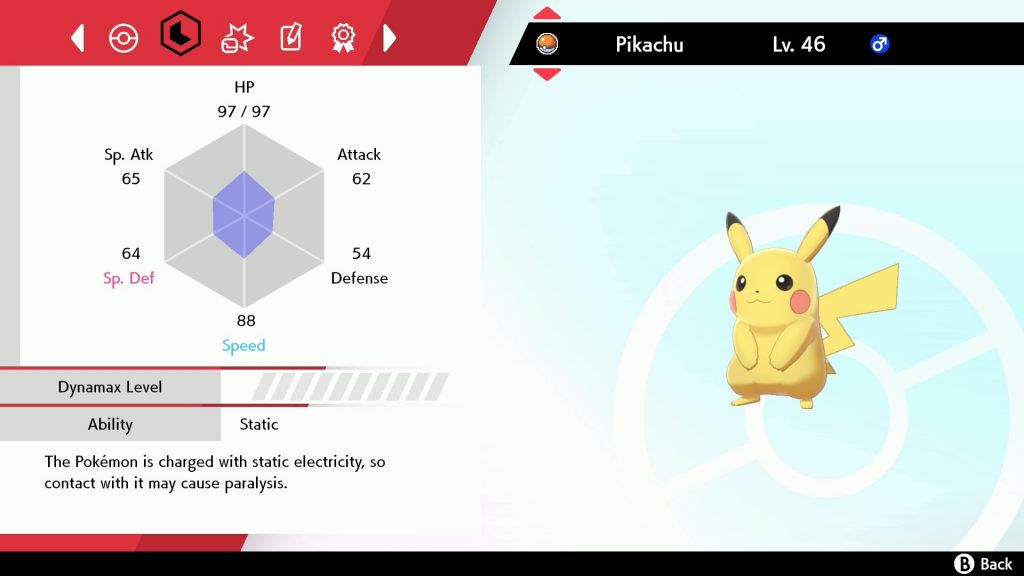 Several new items and features have been introduced that will help trainers raise their Pokémon. Each Pokémon has a Nature that can impact which of its stats are likely to grow faster or slower than average. A new item, known as Mints, has been introduced that seems to change these stat-growth patterns and will impact which stats of a Pokémon are likely to grow faster than usual. However, Mints will not change a Pokémon’s Nature, implying that eventually these effects will wear off. 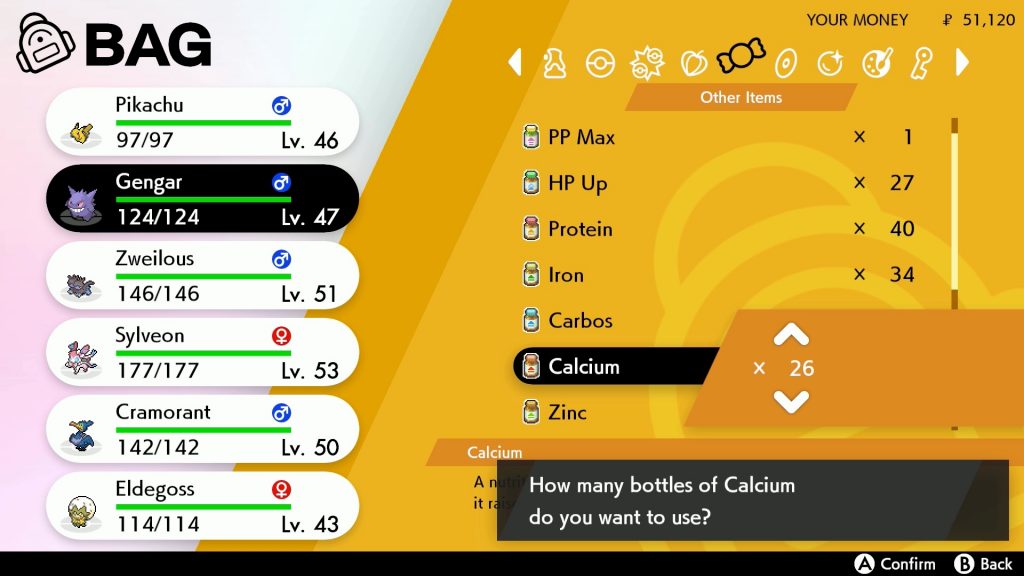 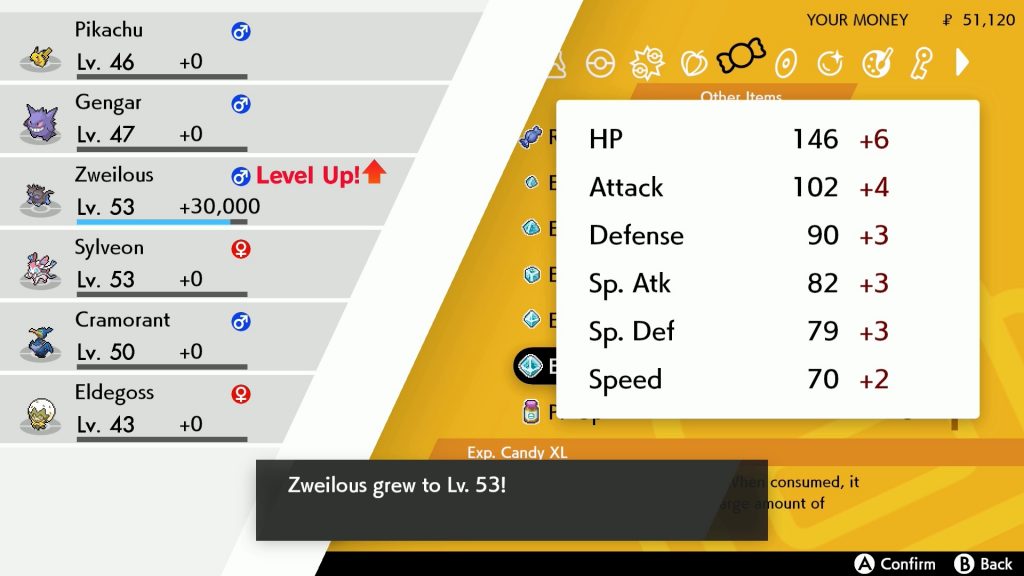 In addition, candies will be making a return from Let’s Go Pikachu and Eevee. Specifically, EXP candies will be included in the new games. If a Trainer uses an Exp. Candy, they will be able to give their Pokémon Exp. Points directly. Exp. Candy can be earned in Max Raid Battles. 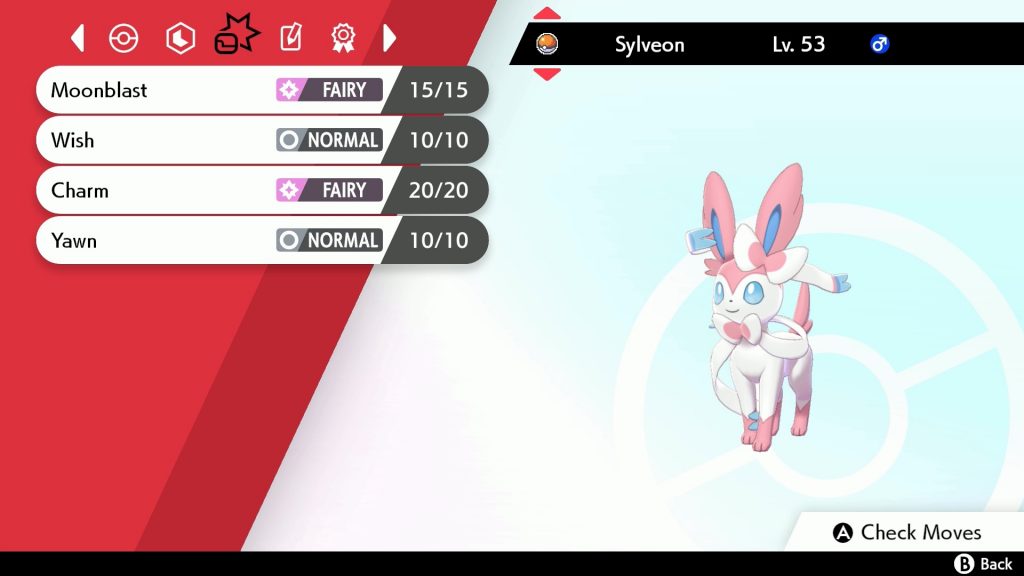 Finally, a new mechanic for passing on egg moves has been introduced! In Pokémon Sword and Pokémon Shield, if two Pokémon of the same species are placed at a Pokémon Nursery together, an Egg Move that one them knows can be passed on to the other Pokémon. A Pokémon can only learn an Egg Move in this way when it knows three or fewer moves. With Move Deleters said to be included in the Pokémon Centers, this will make it really easy to customize movesets. 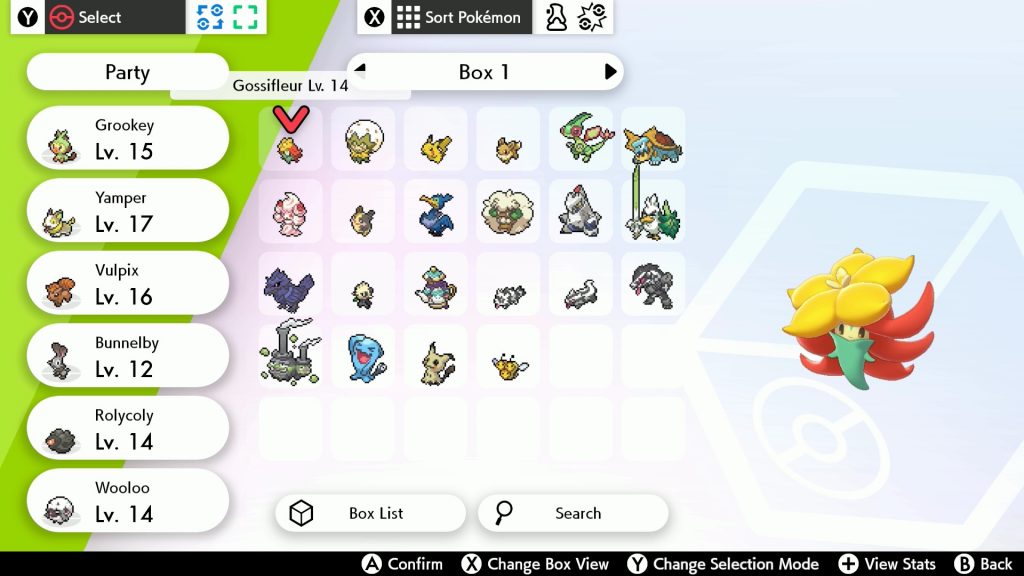 Similar to in Let’s GO Pikachu and Eevee, the PC box is accessible everywhere the trainer goes now! In these games, Trainers will not only be able to access their Pokémon Boxes in various towns and facilities but also while they’re on the road or even when exploring tall grass. Pokémon can be swapped in and out of a Trainer’s team whenever the Trainer wants, though there are a few places, such as mission areas where a Trainer takes on a Pokémon Gym, where Trainers won’t be able to access their Pokémon Boxes. 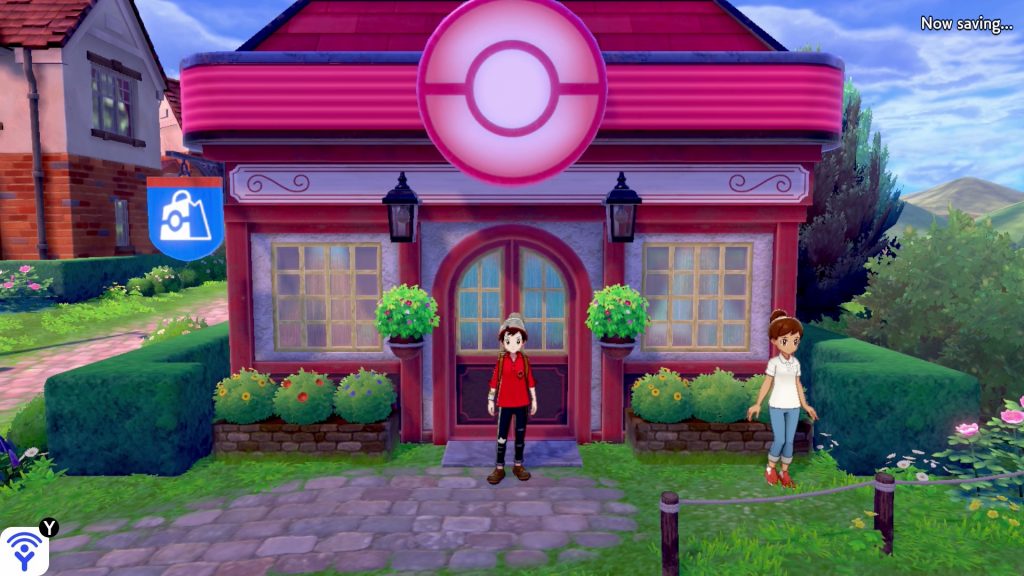 A new autosave function has been introduced as well. The autosave function will automatically save a player’s progress during their adventure at various points, such as entering a town or building. Although the function is automatically enabled when a Trainer begins their adventure, it can be turned off so saves can be made manually. Even when autosave is on, it is still possible to save progress in the game manually. Trainers can choose how they would like to save in the Options menu. 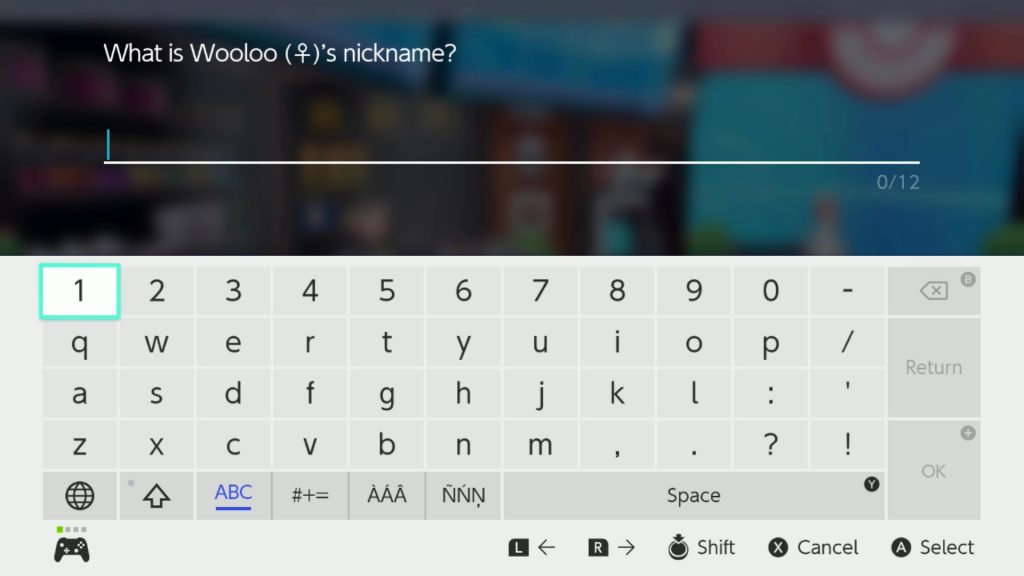 Finally, a small change has been made in regards to nicknaming traded Pokémon. While Pokémon received via trades that already have nicknames cannot have their names changed, if a Pokémon is received via trade that doesn’t have a nickname, you will have the opportunity to nickname it, but only once.

The first official Online Competition for Pokémon Sword and Pokémon Shield, Galar Beginnings, will be held in December 2019 and will be accepting participants from across the globe. The sign up period will be from Friday, November 15, at 00:00 UTC to Thursday, December 5, at 23:59 UTC. The competition period will be from Friday, December 6, at 00:00 UTC to Sunday, December 8, at 23:59 UTC. The battle format will be single battles, with the only eligible Pokémon being those caught in Pokémon Sword and Shield. Zacian, Zamazenta, Mew (contained in the Poké Ball Plus), and some other special Pokémon are not eligible. Players can register three to six of their Pokémon to their Battle Team. All Pokémon in this competition will automatically become Lv. 50 for the duration of each match.

Players will be able to join the competition by opening the X menu in their game and selecting VS, Battle Stadium, and then Online Competitions. There is no need to register on the Pokémon Global Link. Nintendo Switch Online membership (sold separately) and Nintendo Account required for online features. Not available in all countries. Internet access required for online features. Terms apply. 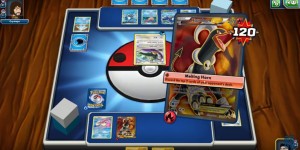