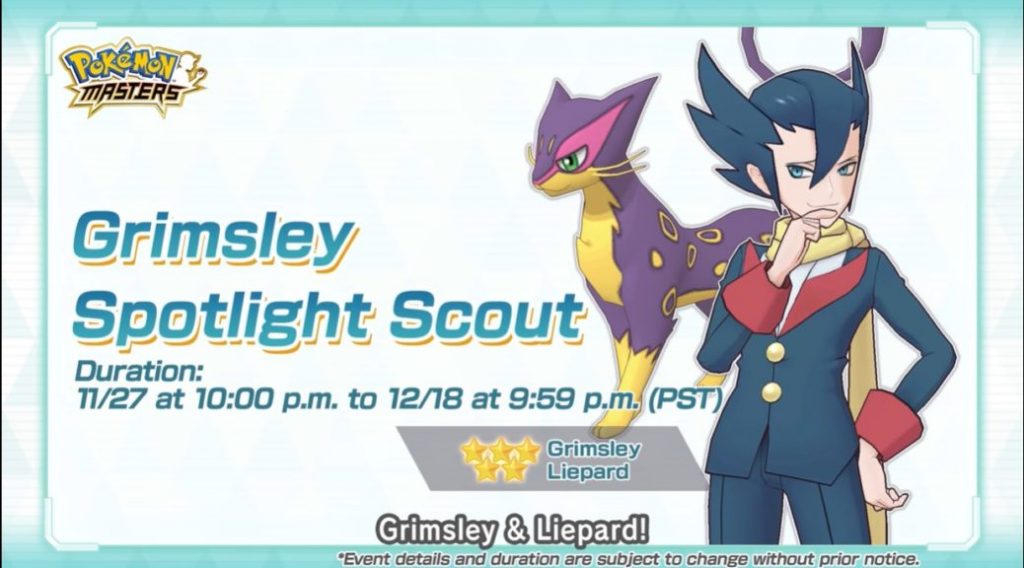 And with it are several events!

A new Sync Pair Scout banner that increases the chance of getting the Sync Pair, Grimsley & Liepard is now live, being available until December 19th. In addition to this, the level caps have been unlocked and Sync Pairs can now get to Level 120, 115 and 110 and there are now Ultra Hard Training Courses. The Legendary Login Rally has begun which features 300 Gems given a day for 14 days and allows you to complete Supercourses 6 times a day rather than 3. These events are the beginning of the Christmas bonanza planned for Pokémon Masters in the coming month of December.

Grimsley is a 5 star tech class trainer. His partner is Liepard, a dark type pokemon that is weak to bug types. It has the ability Lithe, which prevents it from being paralyzed. Unlike most pairs, Grimsley only has one trainer attack, called “All or Nothing!” This move sharply raises the user’s critical hit rate and drastically raises the user’s evasiveness, but also drastically lowers the user’s Defense. In conjunction with this, Liepard gets three moves: Night Slash, Snatch, and Dark Pulse. Night Slash is a standard physical dark move with a high critical hit rate and Dark Pulse is a special dark move with a chance to make opponents flinch. Snatch is a status move that returns the target’s raise stats to normal and raises the user’s stats by that amount. Their Sync Move is Card Shark Night Slash, which increases in power if none of the opponent’s stats are raised. 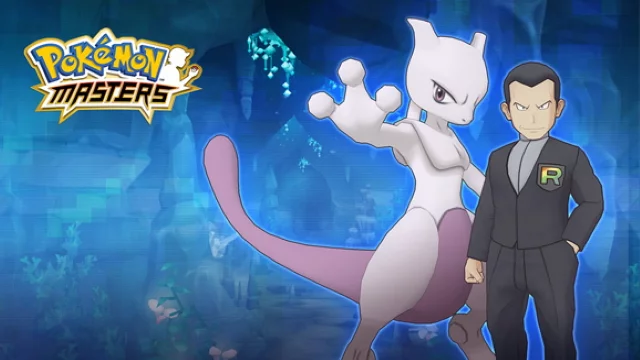 In addition to this Grimsley spotlight, a Legendary Event featuring Giovanni and Mewtwo will run from December 5th through 19th and feature having to collect coupons in event stages in order to get Giovanni and Mewtwo. In conjunction with this, the Legendary Event Rally that will earn players up to 4200 gems just for logging in. This is the first time a legendary has been featured in a sync pair so it will likely not be easy to obtain, so be sure to get it while you can. 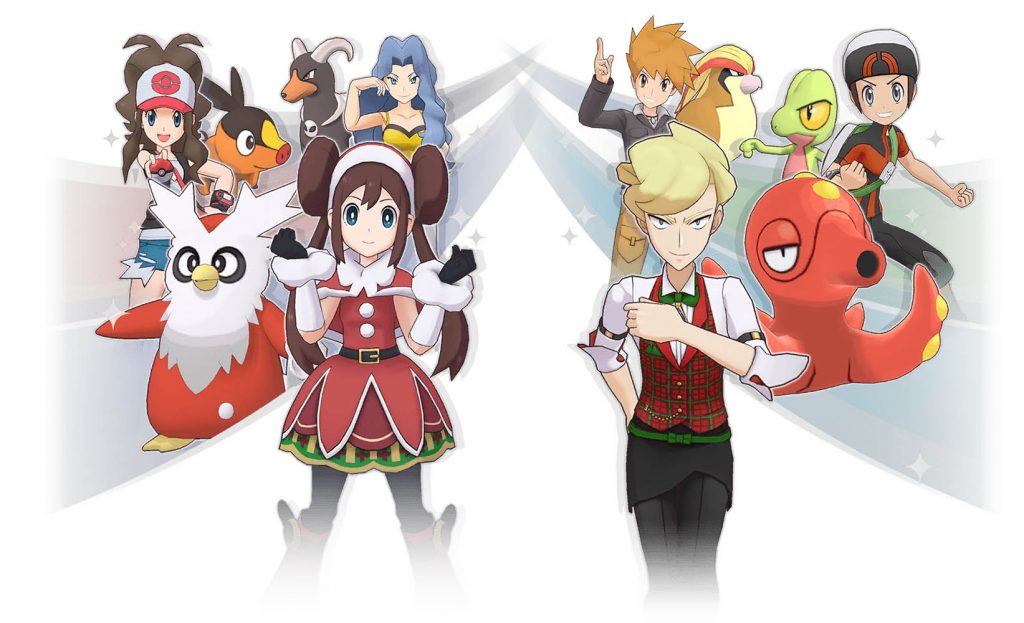 From December 11th through to December 31st, a Seasonal Exclusive Scout will release new Sync Pairs for Rosa and Siebold wearing Christmas attire and teamed with Delibird and Octillery respectively. Other than the default Sygna Suit Brock that trainers get while playing through the game, this is the first time players will be able to obtain another Sygna Suit character, so be sure to get them while you can.

Cynthia, Lance, and other announcements

Finally, a few other announcements about the future of the game were discussed. Firstly, it has been confirmed that Lance and Cynthia will be added to the game soon. It is unknown what the time table is for this as well as how they will be introduced, but this is at least something trainers can look forward to. They have also announced a new feature coming called the Sync Grid which allows for you to customise enhancements to each of your Sync Pairs. Lastly, a Battle Villa has also been announced which is a new single player area, though what purpose it serves is unclear at this moment.

So with so much good content coming out soon, be sure to play Pokémon Masters during December! 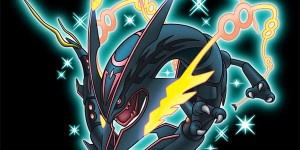 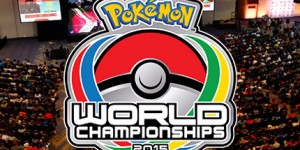