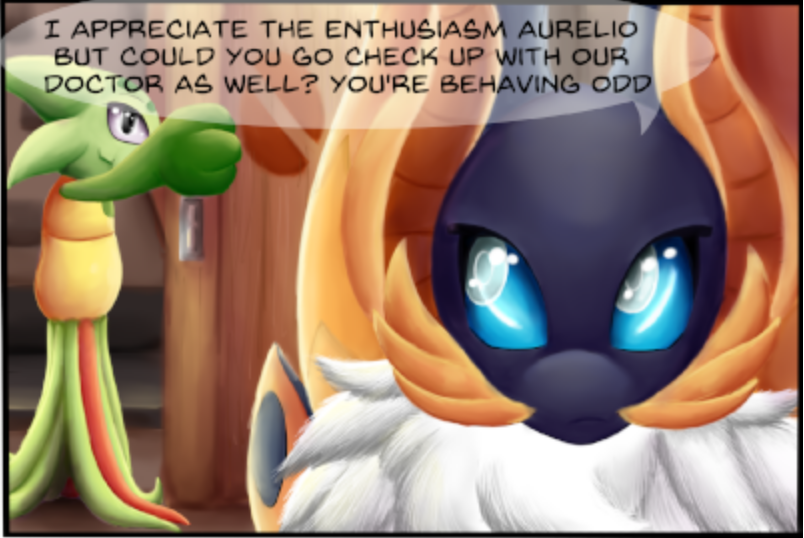 This week we’re taking a look at the Pokémon Crossroads community comic, PMD: Crossroads. This comic is a collaborative effort between a bunch of different artists in the Pokémon Crossroads community. It currents boasts a roster of 16 artists, with three brand new recent additions. The comic is currently in its second chapter and is progressing quite smoothly with monthly updates. We actually reviewed this comic in the first ever edition of Crossroads Comics and the story has developed quite a bit since then so it’s time for a more proper review.

The story follows Edgar the Quagsire and Natalya the Zorua. The two could not be more different but are quickly united on their quest to defeat the Shadowlash Guild. This mystery guild is on a mission to collect the four pieces of the Time Key, but for what purpose is unknown. It appears to have something to do with Aurelio the Carnivine, an odd fellow who is a member of the Crossroads Guild. Despite how he speaks, Aurelio seems to know quite a bit about what’s going on, and may have even been one of the strongest members of the Crossroads Guild before something went wrong. After letting the Starcaller Crystal fall into the hands of the Shadowlash, Edgar and Natalya have now gone to seek the aid of the guildmaster of Crossroads Guild, Guildmaster Ignis the Volcarona. Will he be able to help? Only time, and future artists, will tell.

One of the things that makes PMD: Crossroads so unique is the variety of artists that work on it. While the style and quality of art varies page to page, there’s still a rather coherent story being told. What makes this even more fascinating is the lack of planning as each page is almost like an impromptu act that each artist puts on based on what a previous artist set forth. It’s this type of storytelling that gives PMD: Crossroads a charm and uniqueness that few other comics out there have. So be sure to check it out!

And while you’re at it check out the rest of the comics in this week’s line up!

Deviantart Comics
Fault Line What kind of gijinka is she?
Golden Sun Lillie seems very concerned.
PMD: Adventures of Team Sunflower Wonder who the guy with the mask is.
PMD: Guardians of the Universe Further into the woods we go!
PMD: Keepers of Light Woohoo!
PMD: Team Aquablaze Teach me how to say goodbye.
TC-96 Having different drink preferences is alright!
Trick of the Night Ooh a Helioptile!

Off-site Comics
Ask Shelly Lopunny Seems everyone’s enjoying the event!
Celestial_Alpacaron Spinel is getting some dancing practice in before the ball.
El’s Alolan Adventure The root of Guzma’s problems feels far deeper than we ever thought.
Lelani the Popplio Kai seems rather helpful in this flashback.
My Girlfriend is an Orc Warlord Whatever weapon works best!
PMD: Exploration Team Ultra Time to enter the guild!
PMD: Tales of Elysium Poor Kareena misses her family.
The Glass Scientists Hooray! They’re coming to Rachel’s aid! 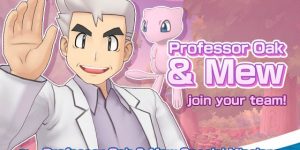