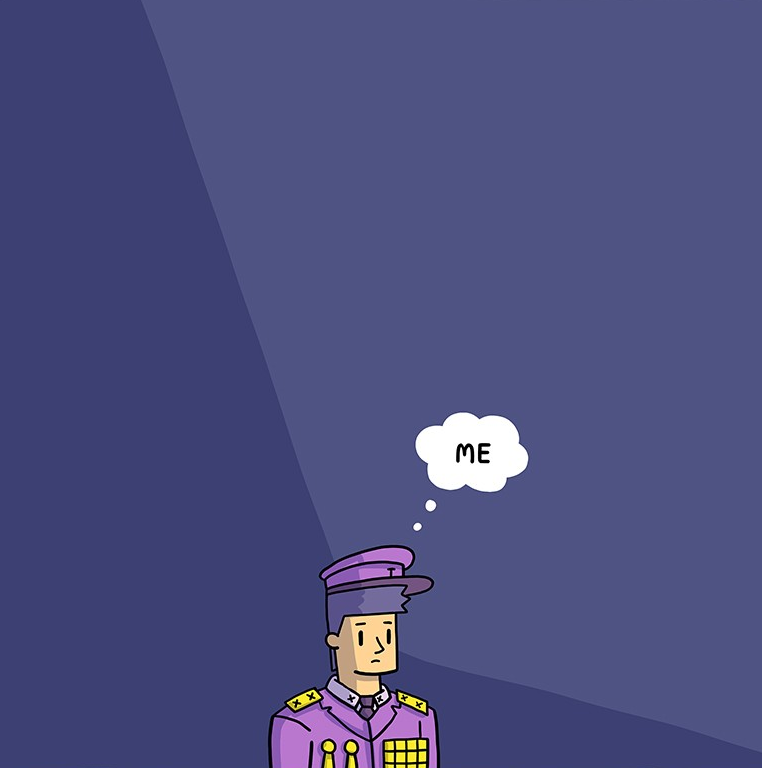 This week on Crossroads Comics, we’re taking a look at My Dictator Boyfriend. This is a comic that, when I initially saw it, I was unsure I was going to enjoy it. But after seeing one of the authors works on a favorite comic of mine, The Adventures of God, I decided to give it a read, and it was very much worth it.

My Dictator Boyfriend is a comedy comic that centers around Manny, the newest ruler Tauligia, succeeding his father who was a very successful dictator of the country. However, he more than anyone else is aware of how unprepared to take control he is. To make matters worse, despite wanting to enact change, the council left behind be his father is rather restrictive and resistant towards change, leaving Manny lost and feeling powerless. But thankfully, a beacon of hope arrives in the form of Manny’s new bodyguard, JJ.

This comic at its core is a form of political satire. Many of the themes and messages in the episodes reflect struggles in the modern day. While the most obvious of these is Manny struggling to come out as gay due to the strong societal pressures, it goes much deeper than this. This comic tackles issues like racism and suicide in a rather professional manner. While it takes a comedic tone most of the time, it definitely knows when to take a more serious tone and addresses topics with the respect they deserve. The characters also all show growth in some form, some a lot quicker than others, and some in a more physical manner than others. But the characters show visible change in the attitudes, appearances, and personalities that make it for an interesting comic where each strip has an impact in some form.

It’s important to note that this is a more adult comic so some of the jokes and topics addressed are not meant for younger audiences. But the way this comic addresses issues with extreme professionalism as well as tactful humor, I felt it was worth featuring, especially during a time when the topics it addresses are ever prevalent.

Since this comic is over 200 episodes long, be sure to check out the other comics included on this week’s lineup before you binge My Dictator Boyfriend!

Crossroads Comics
Ask Team Lightbringers Aw how sweet. He looks cute with it on!
Clash of Poke-Characters Looks like she has the upper hand! But will it last?
Lucky’s Travels She seems like a very skilled hair stylist.
Pokémon Rising Shadows Poor Scribbles is doing her best!
Pokémon: Shadow of the Sun And she’s off!
Renegade’s Redemption This time we get to learn a little bit more about the characters!
Shinka: The Last Eevee The High Emperor gives me the creeps!

ComicFury Comics
Across the Divide We’ve arrived in Appledew Village!
Haphazard! Finally the rodeo is over!
PMD: Hanging in the Balance Classic Wigglytuff, keeping spirits high!
PMD: Rangers of Sky Wonder what this old abandoned place is.
PMD: Seeds of Dissonance Poor little Spritzee feels bad about their words.
PMD: The Search for Shaymin And so the adventure begins!
The Power of Pouvoir This is a real low point for the team.

Deviantart Comics
Deadly Syns Hey look one of them can actually read!
Fallen Flowers Sans the science man!
Flip’s Sun Adventure Onward to the jungle!
Galar Adventures Gotta find that pesky Nikit!
Hope in Friends Those are some delicious looking pancakes.
Knell Get this man to a hospital!
PEA Shorts God is out. PEACE!
PMD: Guardians of the Universe Flee from the potential Monster House!

Off-site Comics
Ask the Evergreen Merick seems to have not gotten that one.
Ask the Pokethieves The gang’s all here!
Café Demonica Surely her roommate can’t worse. Right? RIGHT???
Floating On Badum tss.
My Dictator Boyfriend Poor guy just isn’t ready yet. But maybe soon.
My Girlfriend is an Orc Warlord Now he’s ready for battle! … sorta.
Teeterglance I feel like this is the general reaction when players first receive Manaphy.
The Peculiar Compendium Of Victor Van Wolfe You always should respect a player’s superstitions! 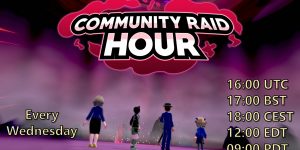 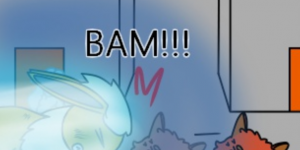