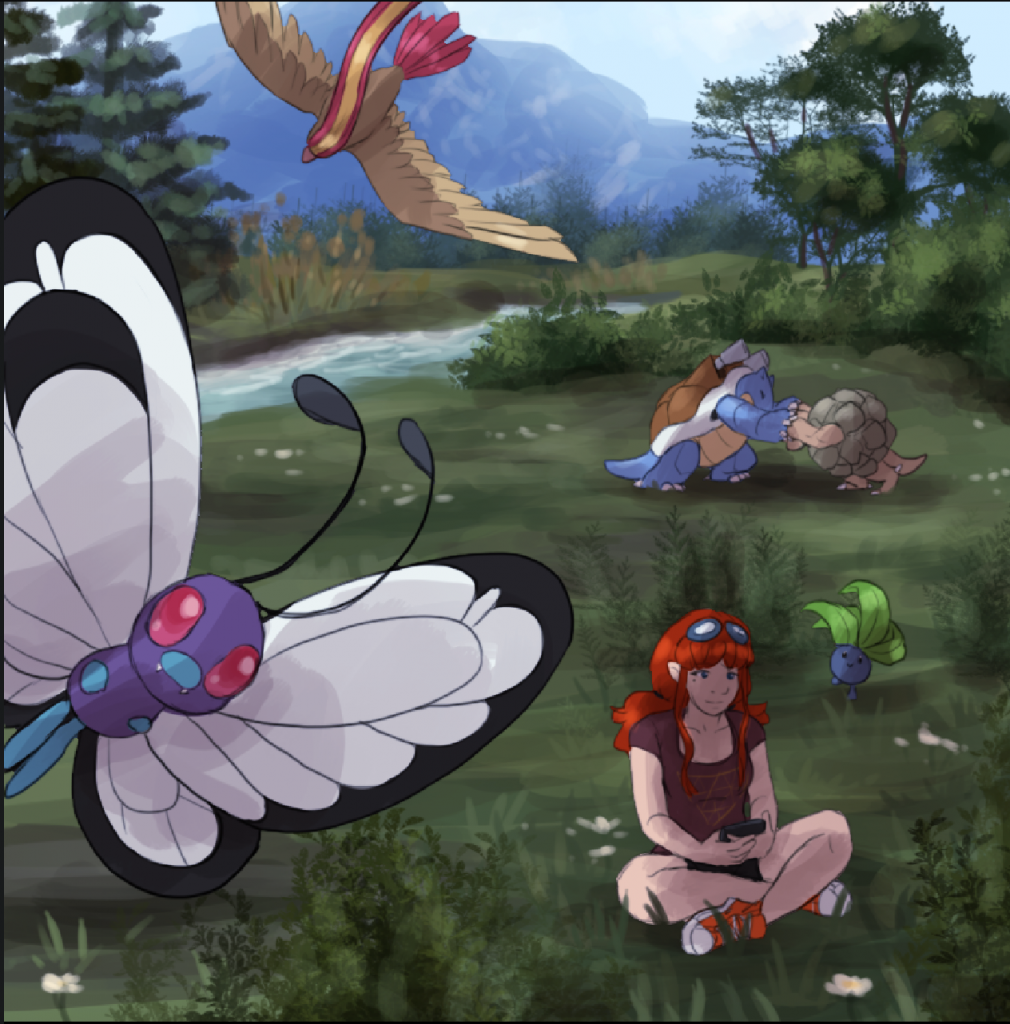 This week we’re taking a look at First Summer. I mentioned in the Pokémon Pride Art article from last week that this is a comic I have wanted to spotlight for a while, so what better time than to do so now?

First Summer is a nuzlocke comic that follows Sara Keeney through the Rijon League. Never heard of this region before? That’s because it’s from a ROM hack. Titled Pokémon Rijon Adventures, this game is a ROM hack of Pokémon FireRed. It’s semi-popular within the ROM hack community and while it has its flaws, overall it’s a very polished and fun game. First Summer is also not the first nuzlocke to have been included in the Crossroads Comics lineup based on this game, the other one being A Pocket full of Stars, so its nice to finally give the ROM Hack and its community a bit of a spotlight.

First Summer is a story about Sara’s adventures through Rijon. She starts the journey with Terry the Eevee and Nathan the Squirtle by her side. Her team quickly expands as she begins to take on the league and while they suffer losses and discuss morality, they continue on with stronger bonds than before. For the most part this nuzlocke follows the stories of the game quite closely, but it also isn’t afraid to interpret it in a new way. The author adds stakes to the game by having it also be a mission to rescue Sara’s sister. And the every present Team Rocket only poses more problems. It’s unclear exactly what role either of these events have in the story, aside from the former being Sara’s main motivation for the journey, but as we get further along in the story, it is likely they will both become more important.

The comic is very cute, both in art and in story. While it deals with some harsh themes, overall the tone is light and enjoyable. There’s romance, strong bonds, and friendship, all of which make the story compelling to read. The team may have their disagreements, but in the long run they all grow and prosper as a unit. Characters like Pilot and Terry are especially to read about because they have unique motivations and perspectives on issues, and they aren’t afraid to stand up for that. It creates a very unique team dynamic where everyone gets along, but they aren’t without conflict either, and everyone grows as a result. It’s just great character writing.

And as the last Crossroads Comics in Pride Month, we would be remiss if we didn’t mention that there’s LGBT+ members of the cast! Both Nathan and Pilot are gay, as shown by the artwork featured in the Pokémon Pride Art article from last week. Nathan is also a demiboy and Ira the Golem is non-binary. So there’s definitely a lot of reasons to check out and support this comic.

And while you’re here why not check out the rest of the comics in this week’s lineup?

Crossroads Comics
Ask Team Lightbringers Aww what a cute little origin story.
Lucky’s Travels Yeah that sounds about right.
PMD: Explorers of Life Why are the cities so dangerous?
Pokémon Rising Shadows Hmm so close yet so far.
Pokémon: Shadow of the Sun Sure that logic isn’t flawed at all.
Shinka: The Last Eevee Thunder echoes that threat.

ComicFury Comics
Gales and Flores Missions! Get your missions here!
It’s a Mystery, Maybe! Like no one ever was!
Kilroy A special compass you say?
PMD: A Different Take Is that our protagonist?
PMD: Forgotten Memories Conversations are hard.
PMD: Team Fireheart Don’t jinx it!
PMD: White Rose Maybe they can still help?

Deviantart Comics
Across the Divide Onward! To the next town!
Burn Away Sometimes unity is the best way to overcome tragedy.
Echo They’ll take care of the little Litleo!
Fallen Flowers That doesn’t sound good.
First Summer Evolution has its own challenges.
PMD: Rangers of Sky A battle ensues! Will they be victorious?
Pokémon Ray’s Adventure They finally reached the mart!

Off-site Comics
Blobby and Friends An important message!
El’s Alolan Adventure It feels like a proper bonding point.
Fault Lines The battle continues! Who has the upperhand?
Hiddensoundtest There’s the memory loss.
Oh_no_Japan At least she enjoys the compliments.
Wooden Plank Studios So controversial, yet so true.
Untitled Mystery Dungeon Comic When it’s not your money it’s much easier to spend. 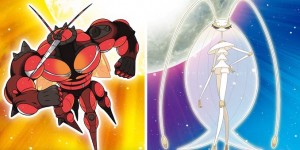 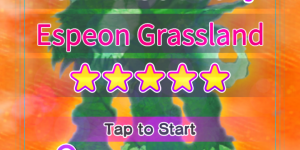