It’s the first Tuesday of the New Year, which means it’s time for Crossroads Comics!

We’re back! This week we’re taking a look at A Pokémon Love Story! This comic follows Hoopa, a troublemaker of a legendary who tells extravagant stories full of mischief and wonder, in hopes of getting attention. However, upon stumbling across a new dimension, Hoopa discovers exactly what he was looking for, and maybe even a bit more than that. This comic is meant to be a short test comic about a cheesy love story. It does a great job of establishing Hoopa as a little troublemaker right off with his fantastical stories and a bar fight right from the get go. I’m really excited to see where this goes and if Hoopa eventually gets a bit mellowed out or if he stays a troublemaker forever.

This comic is by Teeterglance, an artist somewhat well known in the pokémon community because of their high quality artwork and funny characters. They can be found on Twitter, Deviantart, and Tumblr. Reccently they’ve gotten a lot of attention because of their fanart for other comics like On Borrowed Time and Yet Another PMD Comic. Their art is fantastic so be sure to check it out!

Lastly, we have a minor announcement. It’s been a month since the fall of Smackjeeves and as I suspected, many of the comics ended up leaving the site. As a result, a ComicFury section will be replacing the Smackjeeves section. Any Smackjeeves comics will be included in the “Off-site Comics” section from here on out. Thanks for sticking with us and being patient!

So without further ado, let’s see the rest of this week’s lineup!

Deviantart Comics
Ask Alolan Mudkips Yummy snacks!
Between Truth and Ideals What a cute Oshawott!
Finding Your Roots Sometimes writing is very therapeutic.
Pokémon Explorers Uh oh. That’s not good.
PMD: Team Aquablaze Look up! He’s above you!
The Essence of Being Ronas, no!
Truth or Dare Nuzlocke A new teammate! Hooray!
Zoodiac Styling and profiling?

Off-site Comics
Ask Team Hope Must be tough not being able to remember much.
High Class Homos They finally talk! Hooray for the boys!! They’re so cute.
Hooves of Death This is no time for idle bickering! Just run!
Iziahzay This is exactly why I hate hand dryers so much. None of them work!
Libearty Don’t ask me what I’m doing tomorrow! I don’t have 20-20 vision! I actually don’t I have 20-15 vision.
Mage & Demon Queen Uh oh, rival love interest incoming? Also trans rep heck yes.
The Crowbar Comics Well… he is doing something.
What’s Up Beanie Death by laughter seems like a fun way to go though. 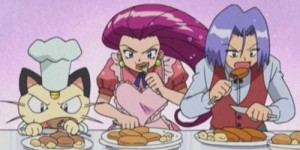 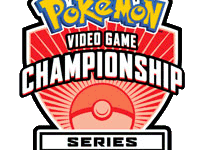