This week we’re taking a look at Penumbra. This comic is a Pokémon Moon Nuzlocke that strays from the original story a bit. We follow Krane, a trainer with a mysterious past who is paired with Gylfie the Rowlet. He begins to take on the Island Trial Challenge, but as they get further along they uncover more of Krane’s past. This comic is one of my favorite nuzlocke comics at the moment. From a gameplay standpoint, this nuzlocke is setup to be a bit deadlier than normal nuzlockes due to its no Pokémon Center rules. This lends itself to some interesting storytelling, since not only could anyone die at any moment, but the setting has to be such that these deaths make sense. And Penumbra definitely succeeds with that. Krane’s mysterious background lends itself to unspoken connections and grievances that allow for vengeful deaths. Art style wise, it has some of my favorite designs for the Pokémon, with Gylfie, Lionheart, “Bill Nye” having some really cool designs for their species. That’s not to mention it has one of my favorite battle sequences of all time, with Lyrical Revelation being a beautiful combination of art, animation, and music. All in all, I highly recommend this nuzlocke since it’s a very creative interpretation of the Alola region and its story.

Crossroads Comics
Eldritchfell You are filled with DETERMINATION!!
PMD: Explorers of Life Gengar has a point.
Pokémon Rising Shadows Oh no she’s dead!! Or is she?
Pokémon: Team Buckshot They’ve gone into hiding, but how successful was it?
Shinka: The Last Eevee I wannna see that audition.

ComicFury Comics
ChimeranLegends Poor thing is so stressed about this.
Fire and Darkness Kai terrifies me.
Kilroy He’s so touched!!
Little More than Waitstaff Busted!!
PMD: Hanging in the Balance Dinner montage!
PMD: Hellfire And let her taste the fires of hell!!
Pokémon: Spacial Rend Look at these cute little kids!
The Legend of Incineroar Oh no! Altaria get out of there!

Deviantart Comics
Burn Away DRAMA DRAMA DRAMA!!!
Cammy’s Silver Nuzlocke Assert your dominance by eating the Slowpoke tail in front of your entire team.
Clash of Poke-Characters Uh oh! What did she said?
Genesis: A Gijinka Comic No!! Go back the other way!!
Milos from Home Ooh worldbuilding via storytelling! I love it!
Penumbra This is just organized chaos.
Spirited Souls Curious curiouser.
The Essence of Being That looks like a delicious menu!

Off-site Comics
Black Pearl Maybe she can figure herself out here.
Doodle for Food Nothing suspicious here.
Exploration Team Ultra Speculation is dangerous, but maybe it’ll be helpful here.
Fault Lines I wonder what’s going on.
Lil Char and the Gang Articuno is helping in their own way.
Pokémon Explorers Go Roxie go!
PMD: Gleaming Hearts It’s time for a face-off!
TheGreyZen1 Awwwkwarddd. 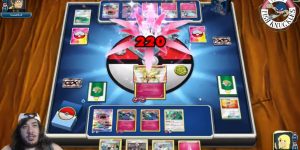 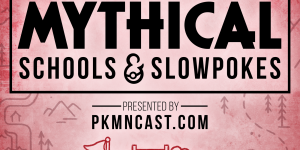