Also being release in March is the Primal Groudon and Primal Kyogre Collections. Each collection will feature a figurine of either Primal Groudon or Primal Kyogre, a special holo of the featured Pokemon and four booster packs. This will be released on March 4th, 2015.

Meanwhile, a Groudon Box Set and a Kyogre Box Set will also be released on March 4th, 2015. These box sets will include a jumbo and holo card of the featured Pokemon with three booster packs.

Lastly, Latios and Latias Trainer Kit will be released on April 29th, 2015. This kit will include holos of the two Legendary Hoenn Pokemon. The Trainer Kit will include two 30-card decks, a how-to-play guide, playmat, deckbox, damage counters, a coin, and TCG Online code. These Trainers Kits are used to help introduce newer players into the TCG.

It sounds like 2015 will be filled with new things for players of the TCG to enjoy. A lot of these products do feel and sound similar to the Ruby and Sapphire days of the TCG with a set featuring Team Magma and Team Aqua and Trainer Kits featuring Latios and Latias. 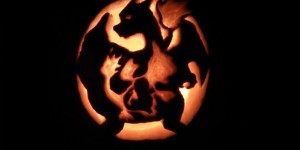