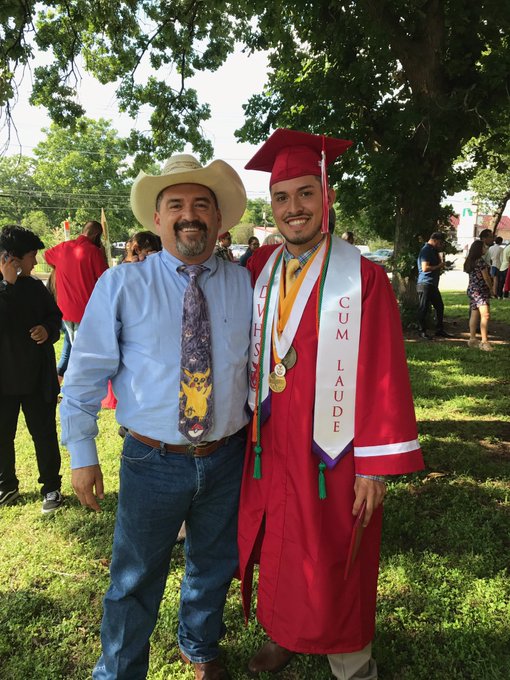 High school graduations are a time of both memories of the past and hopes for the future.

This couldn’t be more true for Twitter user @themindofd, better known as Dylan. In the first grade, Dylan made a tie for his father displaying Pikachu as well as the words “I love you”. Eleven years later, Dylan’s father wore the tie to his son’s high school graduation. With it being such a fashionable tie, we can’t blame him! This parent has taken the idea of keeping every little thing your child makes for you a step further, displaying his pride for the entire world as the tweet displaying the pictures has since gone viral! The internet has praised Dylan’s father, shedding tears in admiration and from touched hearts. Congrats to Dylan on graduating! And congrats to his father on being an exceptional parent!