In the second part, we will delve into some types that have not been partnered with the Ice-type and consider the possibilities of said type combinations. Let’s continue to see what ideas could be done with those types.

Now this is a generally beneficial combination. By combining the Poison-type, the Fighting weakness will be nullified. Moreover, the Poison-type provides an immunity to being poisoned. A smog-based Pokémon would likely be a good choice for an Ice/Poison Pokémon, because clouds can be cold and some of the clouds are smog as well. In this case, the abilities can be Levitate or Magic Guard. Of course, it will have Clear Smog and Haze as default moves. Maybe an ice statue with spikes (and a poisonous inside) can have this combination too, as the spikes around the body can be used for discharged. Since Swalot is able to learn Ice attacks, maybe it can get this combination in evolution that makes it look like an ice cream scoop! Perhaps something that specialises in freezing and poisoning could be workable, seeing as they are deadly ailments.

A Pokémon of this type combination could do with a defensive spread, as long as its speed is decent, unlike the two examples I cited. If the Pokémon has Toxic Spikes, it would be all the better since it will be able to set them while being threatening with powerful Blizzards.

Insects don’t normally thrive in cold places, in part because of their generally small size and inability to produce body heat. Even then, there are ways they are able to deal with cold places or winter, such as hiding away or migrating until it’s warmer, avoiding freeze by way of anti-freeze fluids, or just tolerating the freeze. Unlike plants where there are plants that are able to withstand cold, both insects and cold seems like opposites.

There are a few routes to go with this one. One route is to make an insect out of ice, such as Smogon’s Syclant, their first Create-a-Pokémon. Another way to go with this is to make a very furry insect that uses its hair to withstand cold, so a tarantula might be a good idea. Maybe this Pokémon could have Compound Eyes to help it out, and the extra accuracy in using blizzards would help. The third idea could use the standard larva-pupa-imago stage several Bug-types used, with the pupa being encased in ice, while the adult retains the Ice-type, either it would be a winged insect or not.

Defensively, this type combination is going to have problems with Fire and Rock attacks, since it is double-weak to both types. Offensively, its STABs are resisted by Fire and Steel, which makes Heatran a particularly noteworthy threat unless it’s got coverage moves for it. It also has quite a bit of overlap, particularly Grass, so it’s not too hot, but still, Ice is a very good offensive type, so it’s not all bad.

There are plenty of routes to go with this type combination. One way to approach it is to provide a cold-resistant fighter, like a Sasquatch or maybe a polar bear. Speaking of polar bear, it would benefit Beartic the most, since it would have STAB Superpower that way. Another inspiration to look at could be hermits who live in cold places could work with the combo, so it could be something like a fighting master. Perhaps a mountain goat akin to the musketeers could do well with this combination too.

Offensively, this is one of the best combinations available. For starters, its STABs hit nine types for super-effective damage, which is very good. Even with types that resist one of them and is neutral to the other, the potential power of either type would be quite powerful, with existing moves like Ice Beam and Superpower. Defensively, neutrality to Rock is great for an Ice-type, as Mamoswine could attest to.

This is another worthy combination to look at, since there are quite a number of ideas for this type combination. Moreover, it has good offensive STAB coverage, so that’s another reason.

As the most recent type, there are plenty of possibilities on where this type could go. Right off the bat, fairies are diverse in their inspiration, so there are some great ideas to look forward to. One particular Fakemon (Fan-made Pokémon) that caught my eye is this one (it’s animated too!), basically fairy-like Fakemons with a mesmerising pelt.

The Ice-type wouldn’t quite benefit the Fairy-type, since it lacks resistances. However, the Fairy-type will benefit the Ice-type, for it will nullify the Fighting weakness. Moreover, it has a Dragon immunity! Sadly, that Steel weakness is amplified, so a need for coverage is definitely in order.

I hope you enjoyed reading this article as much as I have writing it. 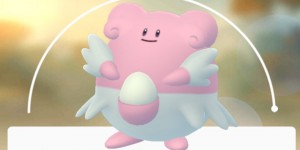