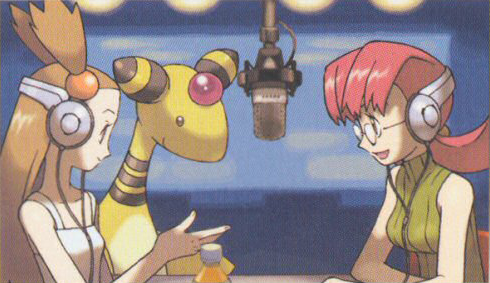 Lets talk about the anime! Anime this and anime that!

The anime has made a huge move as it is now being shown on Disney XD. There are now bumpers and advertising on the channel for the anime. That is more then what the previously channel did for Pokemon. Things look nice for the Pokemon anime. We may not have Sun & Moon anime dub being shown but I am sure we will get that eventually. It does take about three months for anime episodes to be dubbed anyways.

Need to scratch that anime dub want? Disney XD is currently airing the XY anime from the beginning. It is quite amazing to watch Serena from the beginning as she tries to find herself. The girl isn’t really nice either and it is interesting to see how her journey with Ash has changed her. Even more interesting is to watch the talented voice actors try to find their voices for their characters. I am loving to watch the anime from a character development viewpoint and the acting stance. I suggest you do the same thing too. Sometimes it is just amazing to relive what was something great.

Though we got some podcasts that are showing the anime some love today! They are singing the praises and making sure that Valentines are raining upon them.

We first got an episode from Pikapi Podcast where Anne is looking at a Pokemon Chronicles episodes. We take a visit to Pewter City to visit Brock’s dysfunctional parents and Anne has a field day. She pulls apart Brock’s family dynamic and unravel the resentment that Brock has towards his mother. There are so many things in this episode. Anne does a great job in identify how Brock’s parents has affect the upbringing of Brock’s family and what the gym means to Brock. You thought this episode was about a fight for the gym? Think again and give this episode a listen!

Our next featured podcast will be from The Dex! Podcast. The Dex! Crew do spend some time talking about the TCG but the best part comes at the end of the episode where they talk about the ending for the XYZ anime and their excitement for the Sun & Moon anime. Kellz gushes about how much she loved the ending to the XYZ anime and how Serena has impacted the anime. Give this episode a listen to hear some love for the Pokemon anime!

Need a break from the anime? Take a listen to PTCG Radio as Ross does some commentary on the TCG community. Ross will give you his thoughts on non-sanction Pokemon TCG tournaments and what they need to do in order to grow. This is all coming from a business standpoint but they are interesting points. So give this one a listen!

Don’t touch that Totodile! I got this pun from the anime!