If you want to beat the the elite four, then you’ll have to defeat the Pokemon League Champion Steven and his Mega Metagross.  This massive, over eight feet and two ton, Pokemon, has ‘Tough Claws,’ which increases the power of physical contact attacks.  Also, Mega Metagross has a greatly improved speed stat.  More fun when you’re against it.

Also, more information about Mega Diancie is revealed.  It will gain Magic Bounce, which will cause any stat condition/stat lowering effect bounce back on the opponent.  Also, Mega Diancie will gain a huge boost to speed, with some boost to attack and special attack, while losing a bit of defense and special defense.

Gamestop will be participating in a character distribution event, where players can receive a Diancie.

Check out the full trailer after the break as well as some information about the gym leaders.

Some of the gym leaders have been confirmed by Nintendo: 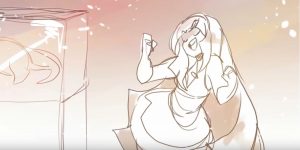