Time for us to help spread positivity in the Pokemon community!

A few days ago, we showcase a video by Lumiose City Zac called the Pokemon Positivity Tag. This is an effort by him and Resort Originals to help spread some positive vibes in the Pokemon community. Today, I want to do the same as well but in writing.

Below are my responses to Zac and Resort Original’s questions. In the end, I am going to pass along the good vibes and tag some content creators to do the same.

1. Why did you join the Pokémon community?
I had originally joined the Pokemon community because I wanted to do fun things outside of the Pokemon video games. This led me to different forums where I made friends and started taking part in role playing adventures with other people who loved Pokemon. I was able to talk to people about the Pokemon anime and simply enjoy being around other Pokemon fans. At the time, I didn’t have anybody who also loved Pokemon around me in real life so the online Pokemon community was an outlet for me to enjoy my love of Pokemon with other people.

Eventually I was approached by Harry from Pokemon Elite 2000 to join their forums. Later on I was asked to write for their main site due to my experience in write for my One Piece blog. From there, we went on to create Pokemon Crossroads where I kept on writing. It seems as if writing is just something I keep on doing.

2. What do you love about the community and the Pokémon franchise?
One of the things that I love about the Pokemon community is how welcoming it is. I had never joined a Pokemon forum or role played before. My writing skills were garbage. Though, they allow me to role play with them and accepted me. I was able to make friends though these self made stories of us battling together and making friends. Both inside the role playing game and outside. What is even more amazing was that I finally accepted my writing skills and love writing. That is all thanks to the Pokemon community and their ability to give me a chance.

What I love about the Pokemon franchise is the whole idea of making friends. Pokemon is all about simply going around on your own adventure and making friends along the way. May it be with the creatures that you capture and train to the human NPC characters that you meet. Everybody that you meet is another chance to make another friend. I especially love the recent message that Pokemon has been pushing where it is the youth that will be making the future. That is an amazing message which I hope many people are taking to heart.

3. What is your favorite video that you created?
I do not make videos so I will be replacing this with an article.

I think my favorite kind of articles will have to be Podcast Central.

I love listening to podcasts. They are amazing and really help people feel connected with other Pokemon fans. Podcast Central allows me to share these amazing podcasts with other Pokemon fans. There are so many different personalities when it comes Pokemon podcasts from brothers who love Pokemon GO, couples that want to share their love of Pokemon to friends who just love talking about Pokemon. Each addition to Podcast Central is another look into the Pokemon love that these fans have.

4. Name and talk about some other great content creators in the Pokémon community?
Thatch from PUCL Podcast: I simply love the story that Thatch has to tell. He went from a high school kid who wanted to battle Pokemon in his basement to having friends worldwide. In just ten years he created his own circle of friends and fans that love what PUCL does. PUCL has people from all over the world who simply love Pokemon and battling. That is pretty inspirational when you think about it.

Jolly and Blast Burn Radio: Jolly, Celes and Meser are new to Pokemon content creation compare to other people but they are rising stars. They started off with their flagship podcast, Blast Burn Radio, and now have two more along with some draft leagues. I love how Jolly is now reaching out to other content creators with their United Podcasters’ Pokemon League. I can’t wait to see how they grow even more.

SBJ from It’s Super Effective (Pokemon Podcast): SBJ is another long time podcaster who has made a name of himself. I have always seen him as the “Cool guy of Pokemon Podcasting”. If there is one guy who can make Pokemon sound like a mainstream thing then it is him. The way he host his podcast is simply friends talking about Pokemon. I love the feel that his podcast has and glad that he has found a way to make Pokemon his main gig.

Ross from PTCG Radio: Ross is another guy that I love when it comes to Pokemon content creation. He mostly focus on the Pokemon TCG and loves sharing news about it. Not all of Ross’s videos are hits but the ones that hit the right mark are amazing. He has plenty of experience when it comes to the Pokemon TCG. This makes his insight about it amazing to hear. Currently Ross is branching out to other things but you can tell that the Pokemon TCG is his true love. Overall, he is working for that dream.

5. Tags 3 creators to make the video
Only three? Well, alright. They do not have to do a video. Maybe something on Twitter or on their actual media of choice. 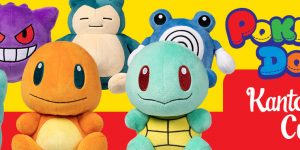 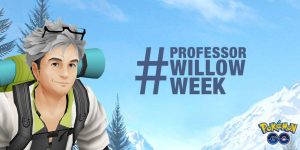