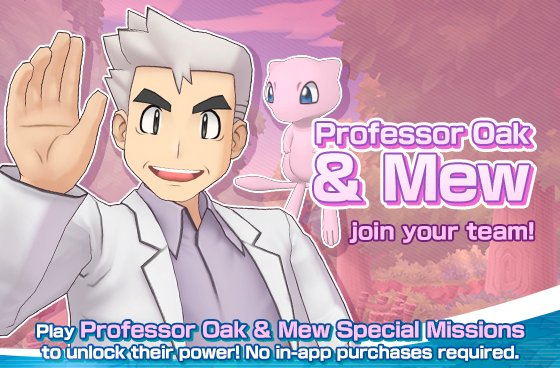 Professor Oak wants to be yours…

If you want Professor Oak & Mew in Pokemon Masters then all you will need to do is login and claim him. He will be waiting for you in the Pokemon Center and eager to put his research into battle. You can also expect a little story to show how Professor Oak regains his passion for battle.

Professor Oak & Mew will know many different moves. The basic moveset features Mew using Swift and Psychic. The Sync Pair can also use a move called A World of Dreams! Lastly, their ultimate Sync Move will be Pokemon Professor Psychic!

A special celebration will be held in Pokemon Masters for the game’s six month anniversary. Expect to get plenty of gems and Evolution Shards.

The Six Month Celebration runs from February 14th to 27th.

You can now try to get Steven Stone & Metagross in Pokemon Masters. The introduction of this Sync Pair will also have the new story, “The Strongest There Is”. This story will feature Steven Stone and his Metagross.

You will be able to have a chance to get Steven & Metragross through a special Spotlight PokéFair Scout. A perfect way to spend all your gems from the Six Month Celebration.

Below is a trailer featuring Professor Oak & Mew in action!

Team up with Professor Oak & Mew just by logging in to #PokemonMasters!

You can also scout the new sync pair Steven & Metagross and earn lots of gems. 💎💎💎 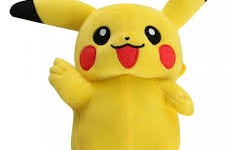