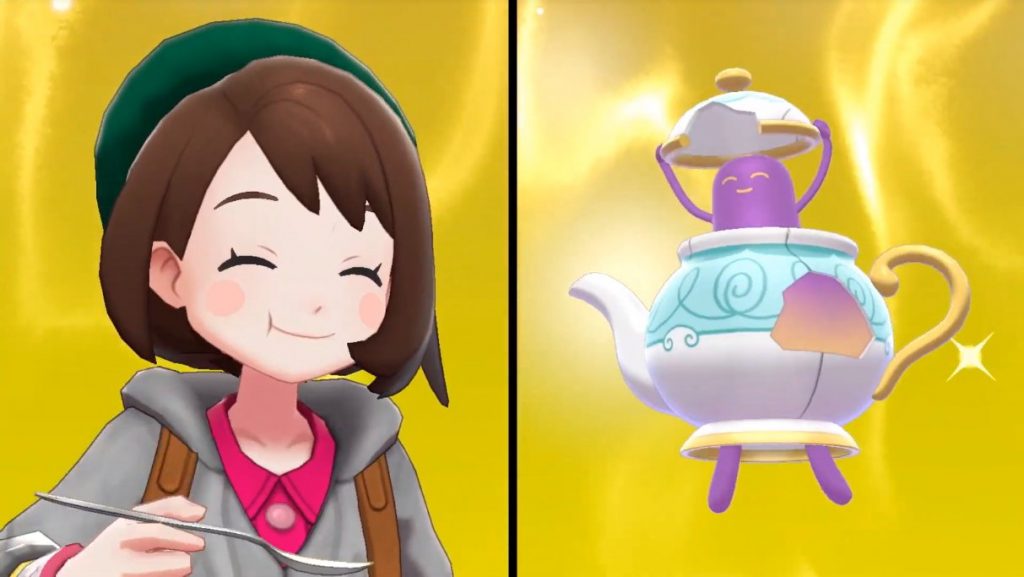 It’s September 4th and we got plenty of new news regarding Sword & Shield!

A new Nintendo Direct dropped today and with it came plenty of new Sword and Shield news! Two new Pokémon, a new form, new mechanics, and more! So let’s check it out! 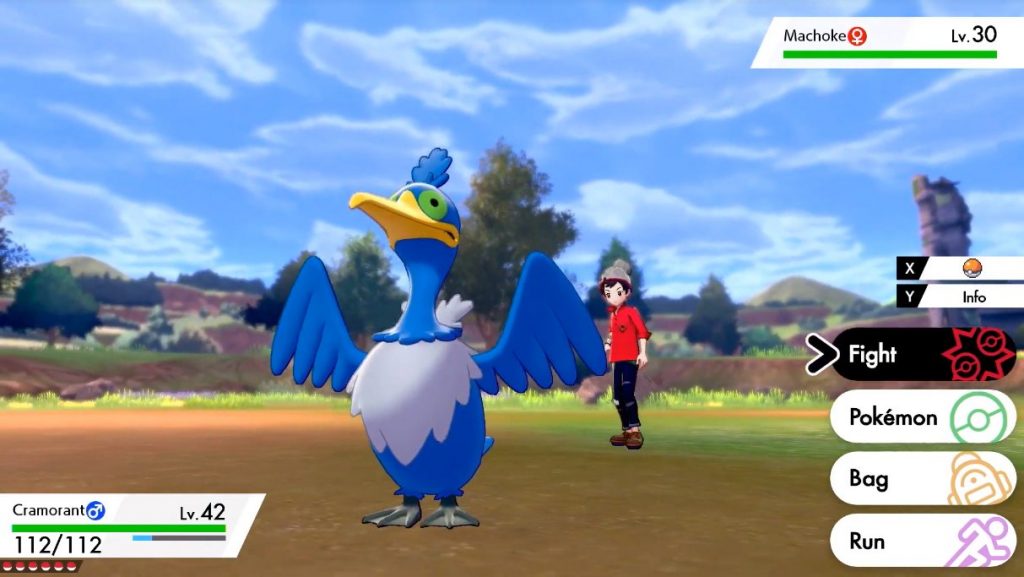 When it comes to food, Cramorant will try to swallow anything it can fit in its mouth. Sometimes it will swallow things that aren’t its intended prey, spitting them out once it realizes its mistake. A Cramorant can be forgetful, but it will never forget a Trainer it grows to trust. However, even Trainers will face fierce attacks from their Cramorant if they try to steal its food. Cramorant’s Ability, Gulp Missile, is a new Ability that can be triggered during battles. After Cramorant uses Surf or Dive, it will return with a catch in its mouth. If it takes damage while in this state, Cramorant will retaliate by spitting out its catch at that opponent.

This new ability, Gulp Missile, acts as a delayed bonus attack that allows Cramorant to get a free attack in if it’s hit while holding its catch! 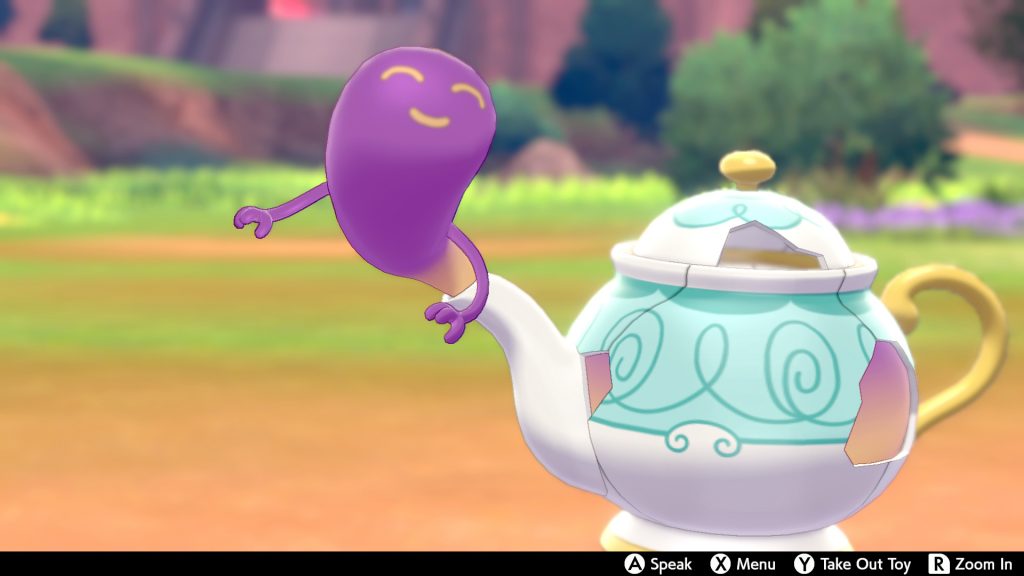 Polteageist’s body is made from black tea, and it’s said to have a very distinct aroma and flavor. It will only allow a Trainer it trusts to sample its tea, although drinking too much can lead to indigestion. Many Polteageist make their homes inside hotels and restaurants where they disguise themselves and hide among the tableware. Because they can pour their power into leftover tea and create even more of their kind, they’re often treated as pests. 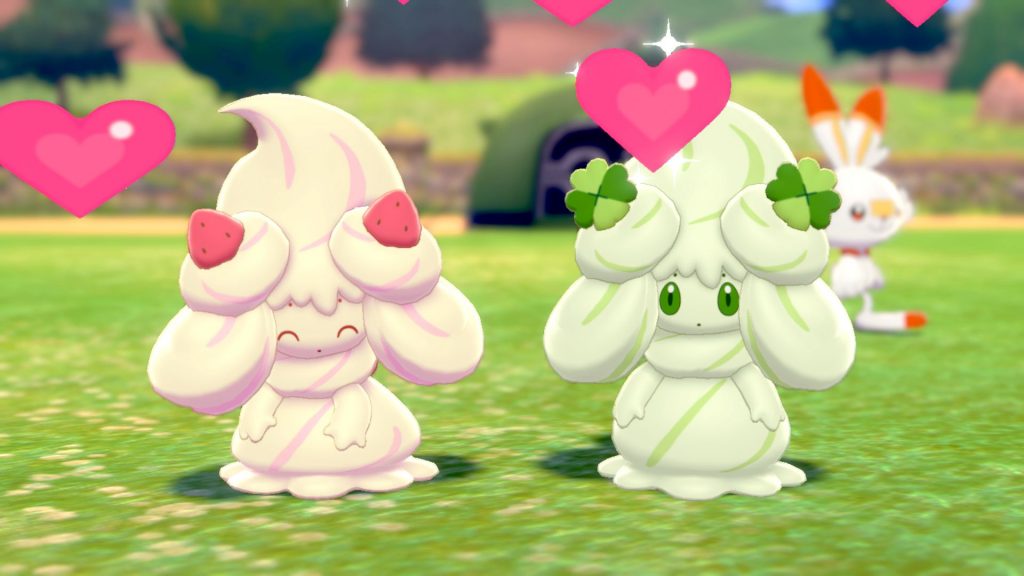 Alcremie is known to be able to create whipped cream from its hands. There are several variations of color and flavor for this whipped cream, as well as the decorations on its body. As of right now, based on pre-release screenshots, there appear to be 18 combinations of toppings, ranging from strawberries to hearts, and whipped colors, ranging from pink to yellow.

Trainers can enjoy a moment of relaxation and fun with the Pokémon in their party through Pokémon Camp. When Trainers watch their Pokémon as they have fun camping and playing together, they might discover a new side to them that they don’t normally get to see. Trainers can get to know their Pokémon better by playing with them using a Poké Toy or a variety of bouncing balls. 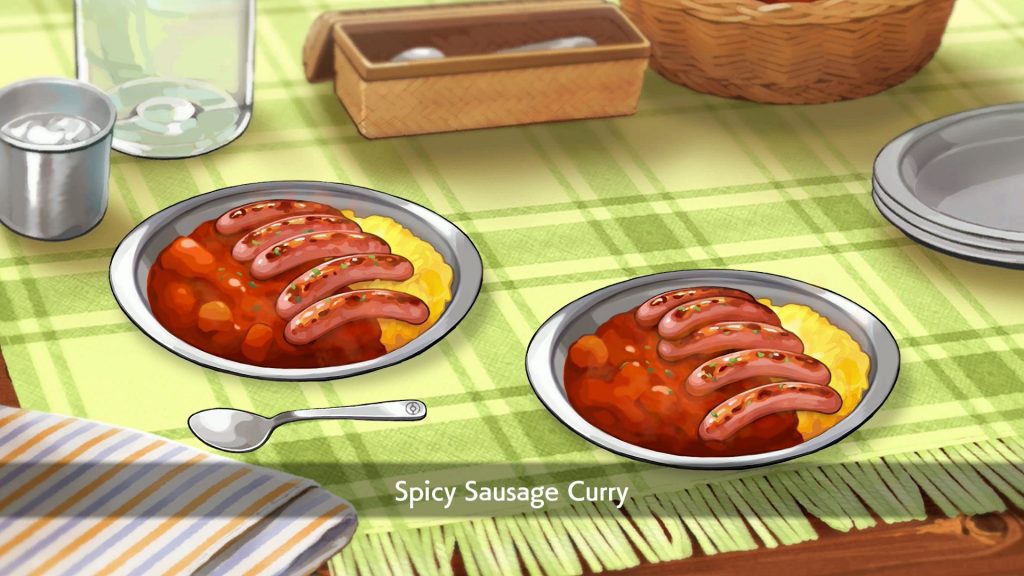 In Pokémon Camp, Trainers will be able to cook curry, a popular dish in the Galar region. Trainers can create a variety of curries, depending on what Berries and other ingredients they choose to use. Players will need to fan the flames until they’re strong enough to cook the curry and then stir the pot just right to make the best batch. Once the curry is done cooking, both Trainer and Pokémon can enjoy it together. There are many types of curries, so Trainers can try to cook them all and complete their Curry Dex. 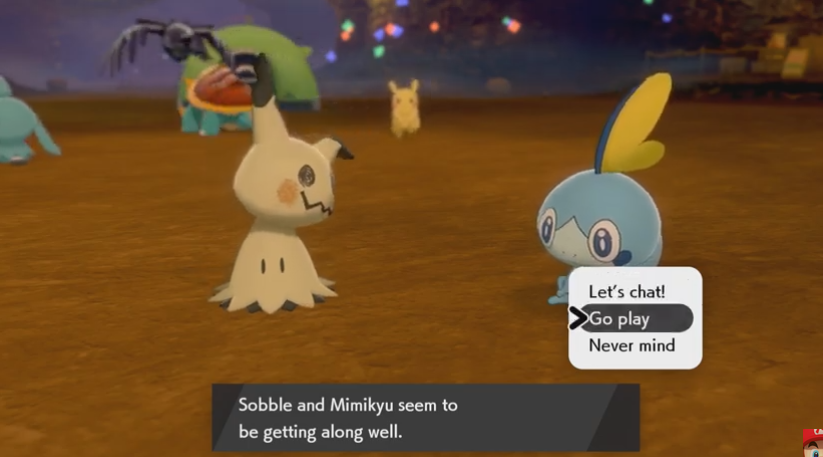 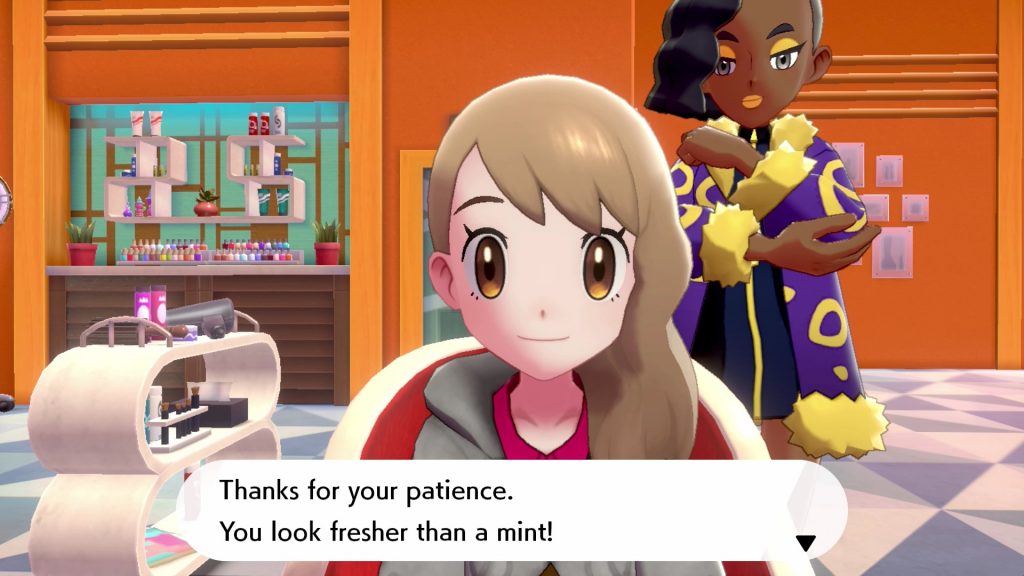 As Trainers travel through the Galar region, they will come across boutiques and hair salons. By visiting them, they can buy new clothes or change their hairstyle. Trainers will be able to choose from many different clothing items, hairstyles, and even makeup options as they explore Galar in style. For the most part, this feature is relatively the same as it was in previous generations, except that gloves, outwear, makeup, and eyebrows have been added to the list of possible customizations. 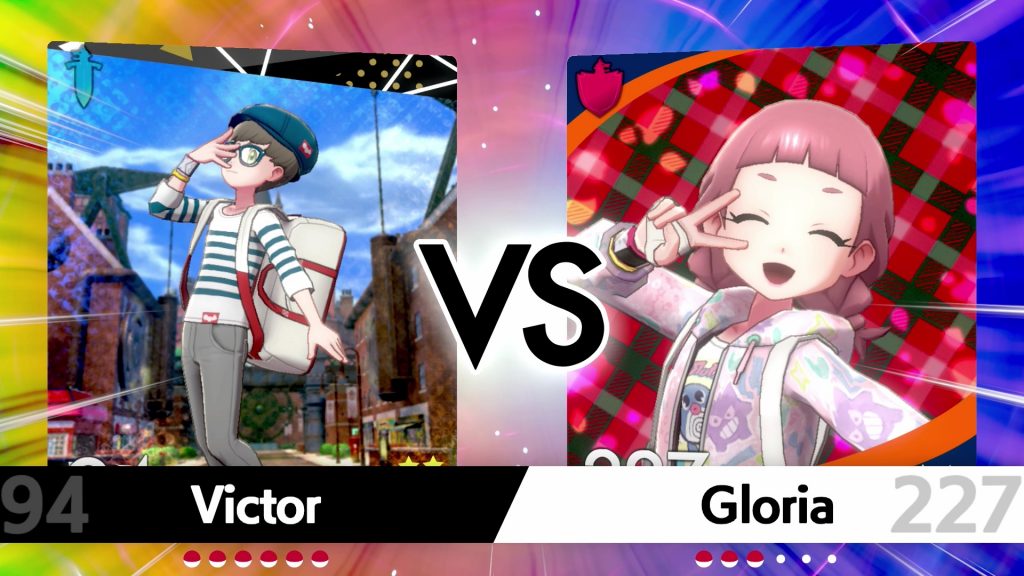 Pokémon Trainers in the Galar region make League Cards for themselves. These cards provide detailed information about the Trainer and are traded and given out across the region. Players can use the Card Maker function of Rotomi to customize their own cards. The Card Maker will enable players to edit the background, frame, and much more on their own unique League Cards. NPCs like Hop and Champion Leon have also been shown to have League Cards as well. League Cards received from other Trainers can be reviewed in a player’s album. 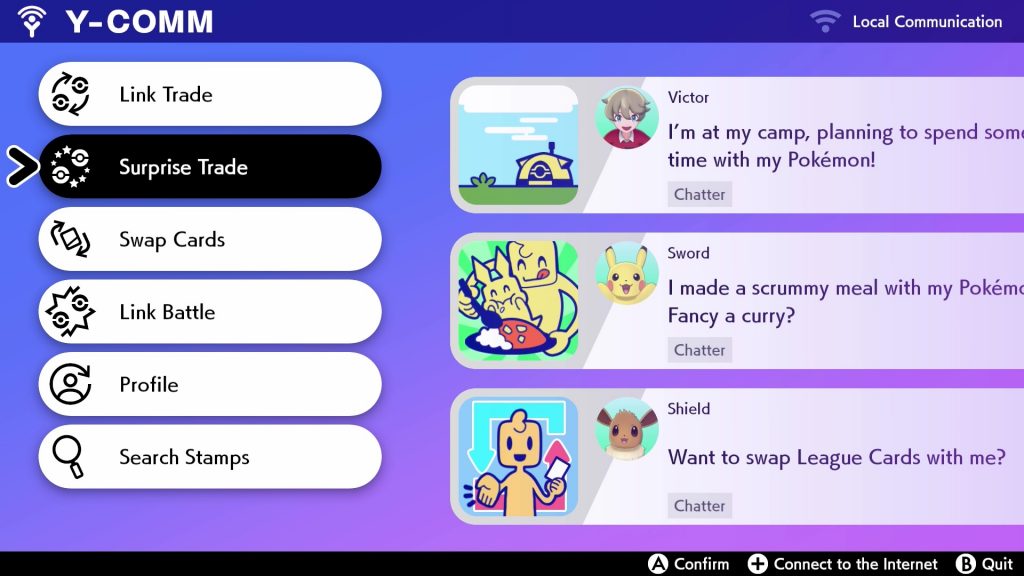 Trainers can use the Y-Comm to do things like engage in Link Battles or Trade Pokémon. Another feature available on the Y-Comm menu is Surprise Trade. Previously known as Wonder Trade, Surprise Trade just needs the player to select a Pokémon from their Boxes that they’re willing to trade, and a trading partner will automatically be found as they continue their adventure. These trades can be carried out with players from around the world if the player is using the internet or through local communication with someone around them. Trainers won’t know what Pokémon they’ll get in exchange for their Pokémon until they actually receive it. A Nintendo Switch Online (paid) membership is required to participate in Link Trades and Link Battles using the internet. A membership is not needed for local communication use.

So what do you think trainers? Are you as excited about all this new news as I am? 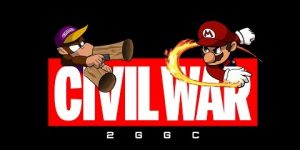 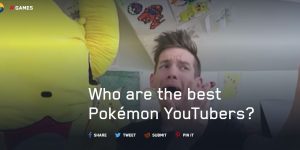