Furious Fist comes out in less then a week so that means a lot more cards that will enter the format. This week we are going to feature a card that has been around for a long time. It has had an interesting history with it’s popularity as it was once used a lot but has quickly went down in use. Now that Furious Fist coming out, this card could see a rise in popularity and use. This week we are going to feature the card that is rather catty. Landorus EX!

Landorus EX was first release in Boundaries Crossed. It has a massive 180 HP and is a Fighting type Pokemon that is quick to attack. When you attach a single Fighting Energy then Landorus EX can attack the opponent’s active Pokemon for 30 damage one bench Pokemon for another 30 HP using Hammerhead. The usefulness of Landorus EX doesn’t stop there as it can do even more damage with two Fighting energy and a third energy. Land’s Judgement can do 80 damage but if you want to do a little bit more for the knock out then you can discard all Fighting energy attached to Landorus EX for an additional 70 damage. If you play your cards right then you can knock out an EX Pokemon thanks to all the splash damage from Hammerhead.

Thanks for rotation being Boundaries Crossed-on, Landorus EX is still playable for at least another year. In the two years that it has been around, it has been on and off in usage. Landorus EX’s Hammerhead made it popular to use thanks to how cheap the attack was. Landorus EX was quick to attack and was used to set up knockouts for later in the game. Eventually Blastoise came along to put a damper on Landorus EX’s popularity. A rise in Water decks featuring Blastoise and Keledo EX made Pokemon who are weak to Water Pokemon rare in the metagame. That included Landorus EX whose bulky 180 HP wasn’t enough to keep it from washing down the drain.

So what makes Landorus EX noteworthy now? The decline of Blastoise decks and Furious Fist.

Thanks to a few factors. Genesect EX–Virizion EX becoming a stable deck. The rise of Druddigon in Flashfire. Water decks have been on the decline. Druddigon has become a great check to Blastoise deck’s Black Kyurem EX who has a weakness to Dragon Pokemon. This 110 HP dragon can put a stop to Black Kyurem EX’s rampage with a simple Double Colorless Energy fueled Revenge. After that, all that is left is a Keldeo EX doing 110 damage which isn’t enough in this format to last long. Especially when Genesect EX can knock it out with one attack or Yvetal EX doing heavy damage thanks to all the energy attached to Keldeo EX.

The second reason for Landorus EX’s second wind is Furious Fist. This set promises to give a huge boost to Fighting Pokemon. You have Supporters like Korrina to grab a Landorus EX quickly along with a Muscle Band. That combo alone can knock out Raichu with a single energy thanks to Hammerhead. If you need another way to knock out Raichu then simply attach a Strong Energy to Landorus EX to do an additional 20 damage. Attach two more Fighting energy and you can knock out a 170 HP EX Pokemon with Land’s Judgement. Afraid of being one hit KO by a Pokemon? Focus Sash to make your Landorus EX live with 10 HP to do a quick retaliation.

The most important thing about Landorus EX is that it is a Fighting type Pokemon who isn’t weak to Psychic Pokemon. Lucario EX who will become popular thanks to it’s ability to attack quickly but that means people will counter for it. Landorus EX can be switch in for a substitute to handle Psychic Pokemon. It will take a hit or two and attack back at the same time.

Overall, Landorus EX is a perfect fit for a deck that wants to attack hard and fast. If you start a game with Landorus then it won’t be the end of the world as it is another Pokemon that can attack with a single energy in a deck that is filled with those kind of Pokemon. It may be weak to Water type Pokemon but do not expect to see many of them. Most importantly, it isn’t weak to Psychic type Pokemon.

So best of luck in your pulls for Furious Fist and even more luck in getting your hands on a Landorus EX! 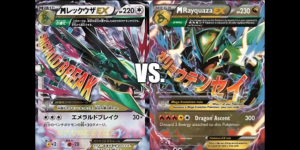 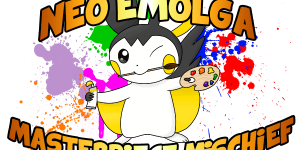