This week we are going to take a look at a card that will not be used in any top tier deck. That doesn’t mean we should not take a look at it though. This Pokemon card has an unique attack that is well worth taking a look at. You better watch out for Staraptor (PLF) or it will end up blowing you away!

Staraptor is a Stage 2 Pokemon which tend to be hard to set up due to how fast Basic Pokemon can be. The other bad thing Staraptor has going for it is its three and four energy attacks. In a format where cards can be knocked out in one or two turns, something that requires four energies to attack may not be consider worth using. Then why use Staraptor if that is the case? The answer is Staraptor’s Strong Breeze attack!

Strong Breeze needs four energies to attack with. This can be done with either manually attaching four energies or simply put two Double Colorless Energy to Staraptor. Once you have fulfill that requirement then you can Strong Breeze as much as you want. Strong Breeze does no damage to your opponent’s Pokemon but instead returns the Pokemon and all cards attached to it back to their deck. Your opponent sets up a Darkrai EX and ready to wreak havoc on your bench and active Pokemon? Send out Staraptor and force that Darkrai EX back to the deck. The energy will go back as well so your opponent can’t Dark Patch the energy to another Darkrai EX.

How do you win using Staraptor if you will not be knocking out Pokemon to take prizes? You simply use Strong Breeze until your opponent has run out of Pokemon to put in the active. An empty bench and active spot means your opponent has ran out of useable Pokemon and that makes you the winner. This is quite an unusual but unique way to win a match.

Staraptor will not be winning any tournaments but it is well worth looking into if you want to create a fun deck. I will now leave you with a video by KwandaoRen66 who made a Staraptor Deck on Pokemon TCG Online. He played several games with it and provides a way to power up Staraptor and get the card attacking by turn two.

Enjoy the video and I hope you give Staraptor a try! 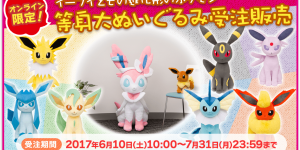