Today we are going to feature a match from TylyrPlays that revolves around a concept that has been around since the early days of the TCG. It has gone though a few changes since then but now it involves a lot of hammers and frustration from the victim of the cards used in this deck. Prepare to witness Hammer Time!

Hammer Time usually refers to decks that take advantage of Crushing Hammer and Enhanced Hammer to deny your opponent of energy.  Crushing Hammer allows the user to discard any type of Energy on the field if you flip heads. Enhanced Hammer targets only special energy but no coin flip is required. If you get enough heads and depending on how many special energy is run in your opponent’s deck then you can slow down your opponent and prevent him from attacking.

This deck also runs other things to make it run smoothly. There is Hypnotoxic Laser and Virbank City Gym to put damage on your opponent’s Pokemon. If you don’t run the dark variant that uses Darkrai EX then poison damage will be the only way you will be getting knock outs using this deck. Another thing this deck wants to play is Team Flare Grunt. This new supporter from the XY set will remove any energy that is attached to the opponent’s active Pokemon. Lastly, Sableye is needed to help recycle items such as Dousing Machine, hammers and Hypnotoxic Laser to continue the vicious cycle.

TylyrPlays had some interesting techs that made his Energy Denial deck unique. He had a Magnezone line to allow him to use two Supporters per turn. That way he can use Team Flare Grunt to discard another energy while still use his draw Supporter in the same turn due to Magnezone’s Dual Brains ability. There was also a Drifblim with the Shadow Steal attack to take advantage of the possible special energy in his opponent’s discard pile.

Click below to watch how successful TylyrPlays was in frustrating his opponent by using an assortment of hammers and lasers. 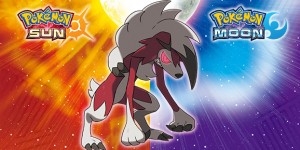