This time on Featured Match, we have TylyrPlays using a M Blastoise EX Deck with many interesting things. This deck has turtle power with emphasis on the power.

The twist that Tyler put in his Turtles deck is the inclusion of Dusknoir. This Pokemon card as the Sinister Hand ability which allows you to arrange the damage on your opponent’s side of the field however you want. You will not be knocking full HP EX Pokemon by using Hydro Bombard but if you can get Dusknoir set up the turn after then all you have to do is move around damage and that EX Pokemon is gone. It makes good use of the spread damage as it can be used to knock out lesser HP Pokemon that hide on the bench.

This is a very unique deck but it also has some flaws. One of the biggest ones which you will see is the set up. You have to set up three Pokemon in order to make this deck function smoothly which can be hard to do. Though, once you do that then the battle can be quite fun. Click on the button below to see Tyler’s Turtles Deck in action. 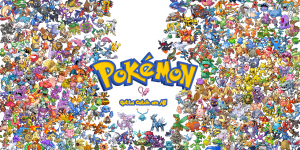