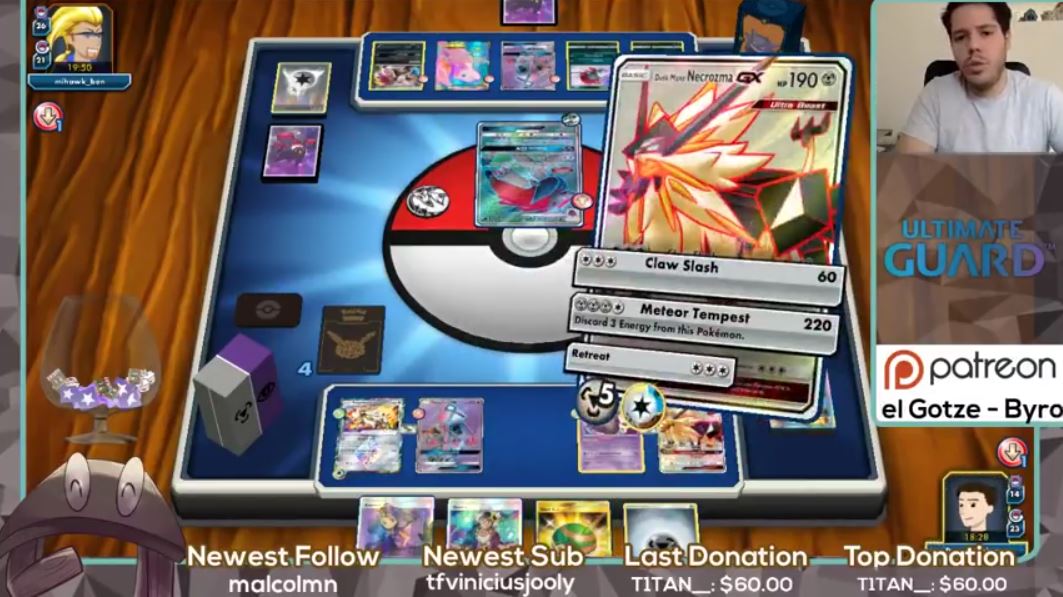 Just because you are trash doesn’t mean you can’t be a trash can!

This time in Featured Match we are showing off some matches from Tablemon who is playing Dusk Mane Necrozma GX-Garbodor. This trash is in a metal can and is ready to kick some can!

Dusk Mane Necrozma GX-Garbodor deck does take some time to set up. Though, once it does then it can kick some serious can. It does this by finding ways to discard Metal energy. This can be done by using Ultra Ball or Professor Sycamore to throw Metal energy into the discard. Once you have done that then you can use Registeel or Solgaleo Prism Star to accelerate the energy. The main target for these energy will be a benched DM Necrozma GX. When all is said and done, you should have an army of DM Necrozma GX to take on the world and win the match.

The best acceleration that you want is Solgaleo PS. This card can pull out several Metal energy from the discard with a single energy attack. Though you may want to save this guy for the late game. That is because once it is gone then it is gone to the Lost Zone. Registeel can be used in the beginning of the match due to the small amount of energy in the discard. This steel beast has plenty of HP and will take a while to be knocked out.

Lastly, you have Garbodor to do Garbodor things. It can turn off abilities to slow down your opponent. Particular abilities that you will want to shut down includes Zoroark GX’s Trade. There is even the Garbodor from Guardians Rising to punish your opponent if they use too many items. That way you can to clean up the game with an easy to set up attacker.

Get ready to see this deck in action! Tablemon has a video that features matches using this impressive Dusk Mane Necrozma GX-Garbodor!