It is time to scream and shout!

That is because the Hyper Voice is celebrating the anniversary of their return to the podcast airwaves!

The Hyper Voice Podcast has been around since 2016 with Alex and Stephen. These two podcasters hit the airwaves to make sure that people can hear about the Pokemon VGC scene. They did that for forty-three episodes until they had to stop. That all changed on May 11th, 2019 when they came back louder then ever with a Hyper Voice!

Being on the airwaves is an amazing feat! Even better when you come back after a long rest. This may be not be their first season but it feels like a brand new show when there is so many amazing things happening in the Pokemon VGC Scene. Alex and Stephen came back at the end of the 2019 Ultra Series where Legendary Pokemon reign supreme. These two podcasters witness the advent of the Dynamax explosion. While the Sword & Shield battles had to be put down, these two players are still picking up their microphones to talk about VGC from any time period. Just like they always do with amazing great guests. Just like they did many years ago.

We at Pokemon Crossroads have talked to Alex and Stephen to get their top five picks from The Hyper Voice. Take a listen to these episodes to get a great idea what you can expect from this podcast and why you should be hearing to these hyper voices!

Episode #2 – Wake Up, San Francisco!
This episode was recorded in our hotel room each night of the 2016 World Championships in San Francisco with Calvin Chan. This provides our thoughts, impressions, and reactions to the events of each day.

Episode #48 – Clash in Columbus
This episode was with 2019 North America International Championship semifinalist Jonathan Evans to recap the entire event. This was the final tournament of the 2019 season before the World Championships and we discussed the multiple days of competition.

Episode #59 – Disguise the Limit
This was our Season 3 opener celebrating Alex Underhill’s second Regional win in Ft. Wayne back in 2017. We discussed his beloved team, the history behind it, and how he claimed victory. We also speculated about Pokemon Sword and Pokemon Shield news, Dynamax mechanics, and timer logistics.

Episode #72 – Gigantamax Rules! Make My Monster Grow
This episode features Kimo Nishimura as we discuss the release of the official rules for the 2020 format! We covered our various timers, hardware accessories, how big of a factor Gigantamax might be, as well as one of the last 2019 Ultra Series Regionals.

Episode #76 – Super Scope Lens Luck
This episode features Justin Burns as we recap the largest Regional in modern competitive Pokemon history held in Dallas, Texas! We discuss the event all the way from issues with the official stream to top finishing teams and Pokemon.

Happy anniversary to The Hyper Voice podcast! Alex and Stephen have put a lot of work into this show to make sure that people hear about the Pokemon VGC scene. Their show is well worth the listen even if you don’t take part in the VGC scene! Make sure to wish these podcasters a belated anniversary on Twitter via @TheHyperVoice or wish it to Alex and Stephen in person! 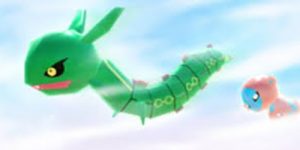 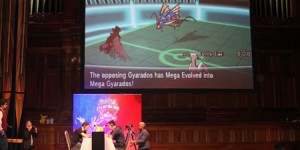