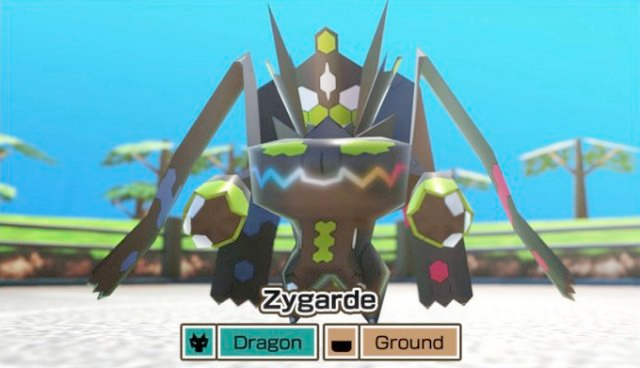 The next, and final, Battle Royale cup has begun. The Zygarde Cup has made its debut in conjunction with the Kalos themed Greninja Sea event in Pokémon Rumble Rush. This cup runs from today until May 27th and will run a special bonus powering up Dragon-type moves. This cup includes two new pieces of Poké Glam to earn and has a special points bonus to allow players to more easy obtain these Poké Glam pieces.

Due to Pokémon Rumble Rush’s imminent end of service, this appears to be the last new Battle Royale Cup at this time, though there may be some sort of surprises in store in between May 27th and the game’s shutdown date. Therefore, it is important that players take part in and enjoy the tournament while they can. This serves as one last bit of nostalgia for the earlier games when the Battle Royale was once a much larger part of the games.

So let’s get ready and set out, Explorers, for one last battle royale!