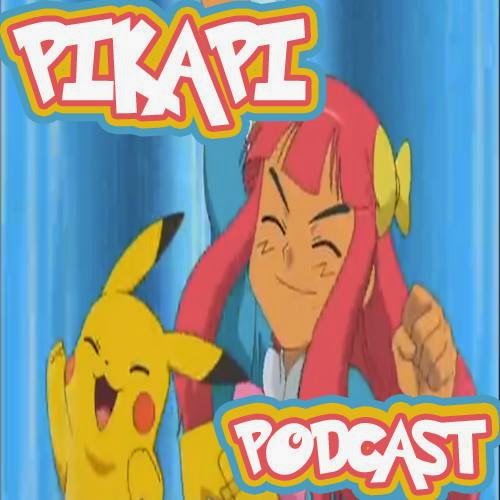 It takes passion and love to talk about something for five years. That is especially true if you are talking about a subject that has been around for nineteen years. It is with that passion and love that inspired a young woman to take up the microphone to bring love and education to one of the most controversial parts of the Pokemon franchise: the anime.

This podcast does more then simply talk about an anime episode and what happen in it. Anne does an amazing job of analyzing each episode and piecing together the logic of the Pokemon anime. If you listen to just a few episodes of the Pikapi Podcast then you can tell that Anne has broken down each character to their psychological background and their very being. You will realize that Ash has a horrible tendency of running into energy base fields and blasts. Lastly, you will find out that maybe the real ship that you should be following is Ash and Pikachu because there is nothing that will keep those two from each other.

In honor of Pikapi Podcast’s fifth anniversary, we sat down with Anne for an interview. We talked about what inspired her to create the podcast and some of the behind the scenes goings for her podcast. It is a great interview and we hope that you enjoy this just as much as we love her podcast.

Pokemon Crossroads: The Pikapi Podcast started five years ago, what made you decide to start a Pokemon podcast?

Anne: I have an all-consuming day job, I didn’t have a lot of time to devote to acting and entertaining, my dream career. Podcasting was something where I could set my own schedule and create my own content, and since I love watching Pokemon, it was a natural fit. 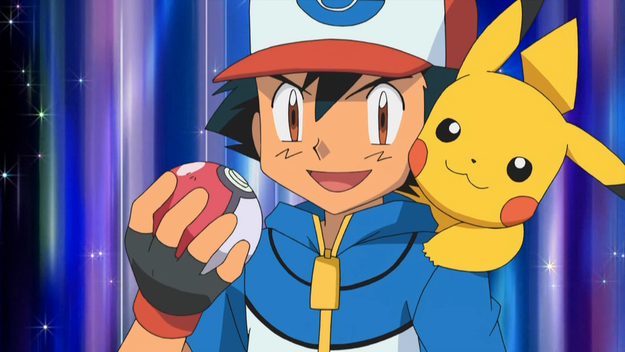 PXR: How did you decided on calling the podcast “Pikapi Podcast”? Did you knew about the whole Pikachu language and how Pikapi translation to Satoshi/Ash?

A: I did know, and wanted to use something from pika-speak in the title. ‘Pikapi Podcast’ just rolls off the tongue. Also, I think Pikapi is a very special word in the show, since it is Ash’s name. It has sentimental meaning, and also lets the nerdier listeners know that this is a podcast that knows all the little details they do.

PXR: You have one of the longest running Pokemon podcasts on the internet. How does that feel?

A: Is it really? That’s so exciting! I’m really happy!

PXR: Why did you decided to do a Pokemon podcast about the anime?

A: Pokemon Anime fans usually take a lot of abuse from the rest of the fandom. People hear we love the show, and immediately start a speech about how they only like the first season and everything else sucks. That’s not very considerate, and it prevents new friendships from starting. That’s why it’s exclusively the anime I talk about. I love the anime, more than the games even, and I wanted to share all the good things about the show. In creating a safe space for Anime fans to celebrate what we love, maybe I can also change some minds?

PXR: With over 200 episodes under your belt, you have been running the show all by yourself without a cohost or a guest. Why did you decide to do this as part of your show’s format? Have you ever thought about having guests?

A: Mostly I’m a control freak. Also, as an actor, a lot of my work is dependent on other people, and collaboration is wonderful, but it’s good for me to have a project that I can produce completely under my own power. I run two other podcasts with a cohost and coordinating things is much more difficult with another person to consider, so I doubt I’ll change. But I have thought about having guests for the bonus episodes…

PXR: You have mention being an actor on your podcast. What inspired you to take up the craft of a thespian? Is there a Pokemon tie to this?

A: I started getting involved in drama and music in junior high, and since performing was something I both had talent for and found interesting, I went on to get my BFA. I think I knew as a kid that it wouldn’t be the most stable career, but more and more I realized that I wouldn’t be happy doing anything else. I don’t know if there’s a Pokémon tie-in, except that I would love to play Ash and I think I do a pretty decent impression. 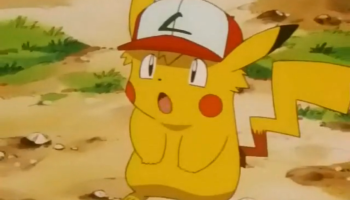 PXR: You are pretty well known for your in-depth analysis of the Pokemon anime. Just in one of your latest episodes, you rationalized that Ash knows at least three languages. What is your thought process for creating these theories? Do you research these things?

A: I guess I just notice things that relate to my own life. I like details and making connections in stories. In a world as big as Pokemon, there are hundreds of tiny details to think about, and as nerds, it’s the thinking and making personal discoveries that’s the fun. I also have a freakishly good memory for things like this. So I don’t research so much as obsessively think over things, but I do sometimes look stuff up and double-check my facts.

PXR: Have you ever thought about reviewing two episodes per podcast episode to help speed things up?

A: I’ve thought about it, but doing two at once burns me out. And I think I run the risk of breezing through things and not looking closely that way. Some episodes have been light and could have been coupled with another, but I’m often taken completely by surprise with an obscure episode that inspires rants and tangents and discussions. I’ve found it’s better to give each episode time and attention, or else I feel I’m missing the point of why I’m doing this.

A: I’m a little embarrassed by the audio quality. I also did very little prep beforehand, so they’re a little rough. But I do like them. Some of the jokes still make me laugh. 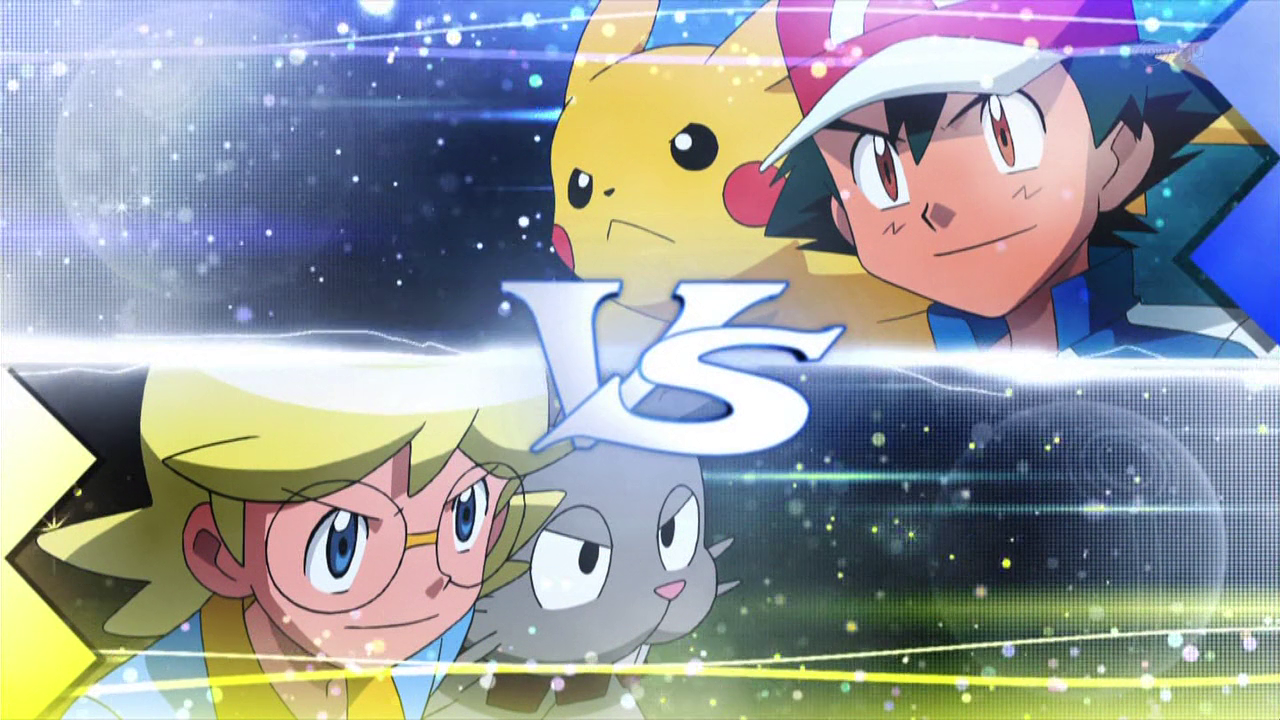 PXR: Pikapi Podcast has covered several episodes of the Pokemon anime. How do you plan out each episode?

A: I usually look ahead at the next few episodes so I can have them on my mind throughout the day. When I sit down to watch an individual episode I take a lot of notes on the plot and my impressions. Later, I’ll organize it and check facts if I have to, so I have all the stuff I want to talk about outlined before recording. Gym Battle and tournament days take a longer prep time. Even so, I often end up going off on tangents in the middle of recording, so I wonder if all that work is really worth it?

PXR: What is your favorite thing about the Pokemon fandom?

A: I love that the fandom’s always excited for what’s next. The future is always something to look forward to.

A: They’re kind. To me and to each other.

A: If you want to do it, you should try. Don’t worry about how good you are or if you have the best equipment, just share the thing you’re passionate about. And be patient, sometimes finding an audience takes time, but if you love it, it’s worth hanging in there for.

A: Strangely… The past year, the number of downloads has really gone up, into the thousands per month, but it’s the same five people who write in, ha-ha. So I guess I have a lot of lurkers?

A: Wrapping up Hoenn, Arceus willing. I’d like it if I could be putting out more exclusive content by then, too. 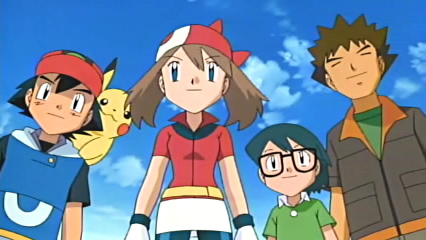 PXR: Speaking of Hoenn, are you excited about covering those episodes? From my personal observations, that when the series start taking a completely new direction with an ongoing plot and lots of new things. It is much different compare to the Kanto saga and most of Johto. How do you feel about these episodes?

A: Yes, I am so stoked for Hoenn! I love it for exactly those reasons. It is something completely different, but somehow familiar, too. The series starts off so strong and explores new ideas with such a passion, the world building gets set in stone and most of all, there’s a huge focus on character relationships. Before Best Wishes, Hoenn was my favorite season/region.

A: I actually recorded the first opening for a contest held by another Podcast, Bouncing Wailord. I didn’t win, but they told me my entry was perfect for my own show, so I ran with it. Eventually I added Pokemon Jhoto. I do plan for a Hoenn theme song, when we make it that far.

A: The first time I did the holiday marathon. People seemed so excited about the idea, and it was a lot of fun. Also, because I was with family over the holidays, they got a better picture of what I do in this show and what it means to me. It was a special time. 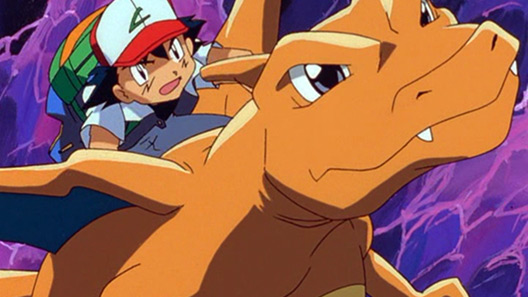 A: Movie three. That one has it all.

PXR: What are you looking forward to covering in the upcoming year involving the podcast?

A: The Silver Conference. I’m so excited I can barely stand it!

PXR: Lastly, what would you like to tell to fans of the podcasts?

A: This has been a wonderful five years. Thank you for sharing it with me. I’ll work hard so we can have even more fun in the next year!