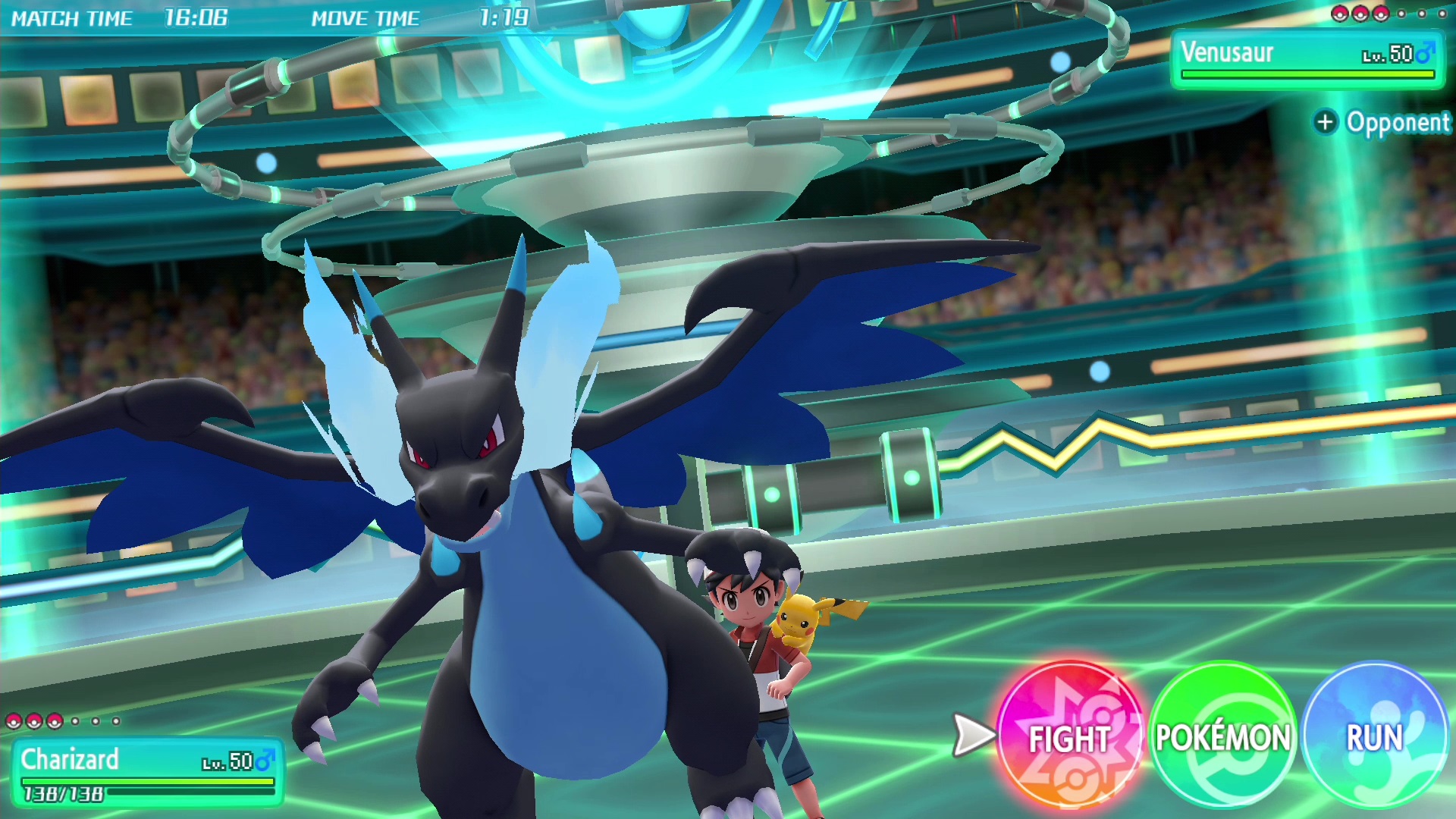 New details involving Let’s Go was release today by Pokemon. It showed some old mechanics and characters will be joining us as we travel the Kanto region.

It was revealed that Mega Evolution will be used in Let’s Go. According to the press release, a trainer will need a key stone and Mega Stone. If you have both items then your Pokemon will be able to Mega Evolve. Mega Evolution can only done once per battle. The first three Pokemon that players can Mega Evolve will be Venusaur, Charizard, and Blastoise.

Something to note in the Japanese trailer displaying Mega Evolution, the player can chose between Mega Charizard X or Y when they Mega Evolve. It is not clear what this means but it could show that Charizard only needs one Mega Stone to evolve.

Some players are concern if Abilities and held items will be in Let’s Go. Screenshots have revealed where there is no weather condition on the field when Mega Charizard Y is on the field. Others have shown lack of a held item.

There have been rumors that new Mega Evolutions will be in Let’s Go. A copyright for several Pokemon has been rumored to happen. It is uncertain if this is true. It could be Pokemon simply getting ready for a Generation 1 product line featuring these Pokemon. 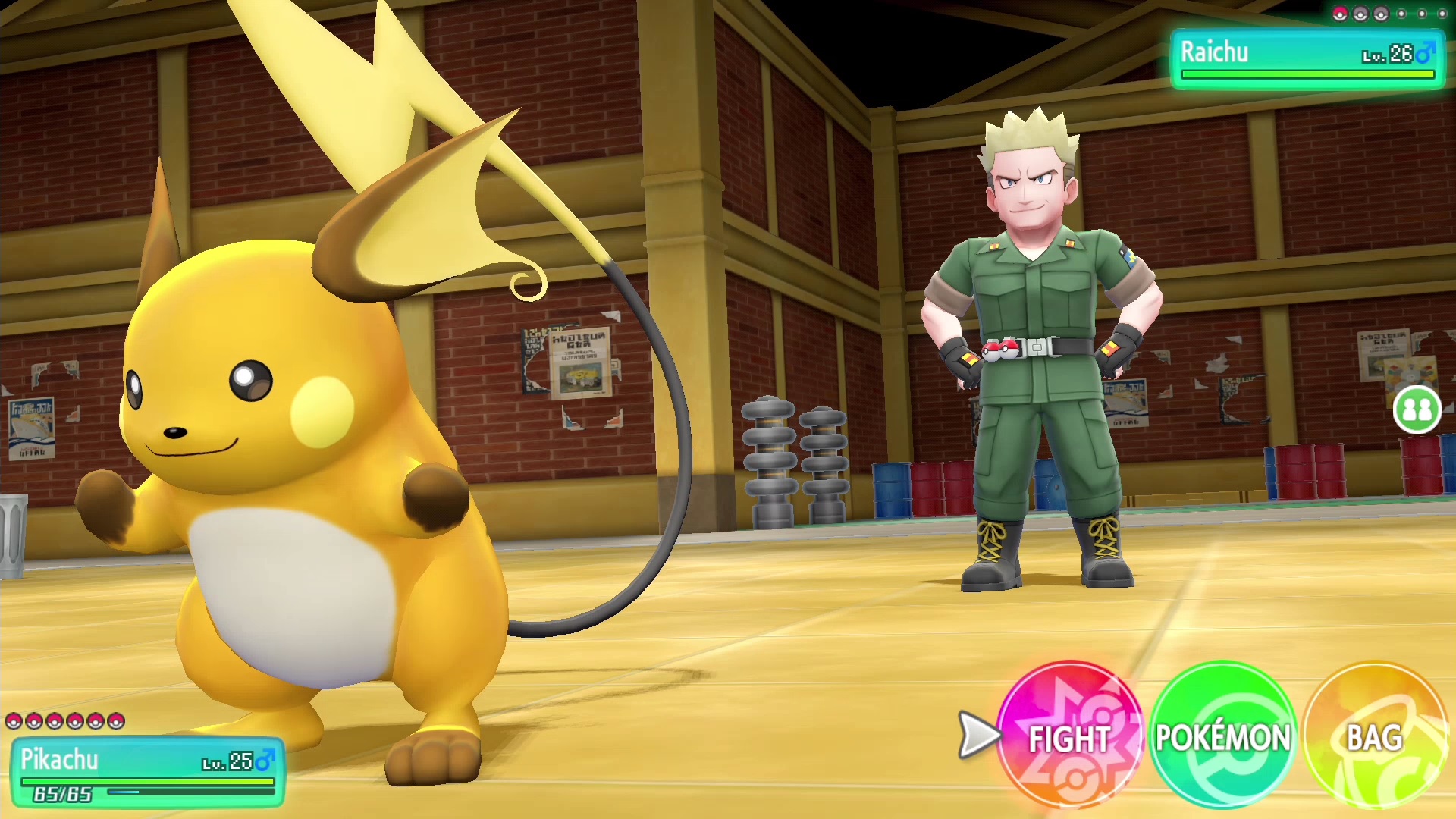 It has been confirm that Vermilion City and Lt. Surge will be in Let’s Go. Vermilion has been render in beautiful 3D! Meanwhile, Lt. Surge surges into action with his classic gym puzzle in tact.

There also seems to be a retcon involving Lt. Surge. He is now being called the Lightning Lieutenant. Prior to Let’s Go, Lt. Surge was known as the Lightning American. It seems as if Game Freak is cleaning up some lore involving locations and characters involving Generation 1. 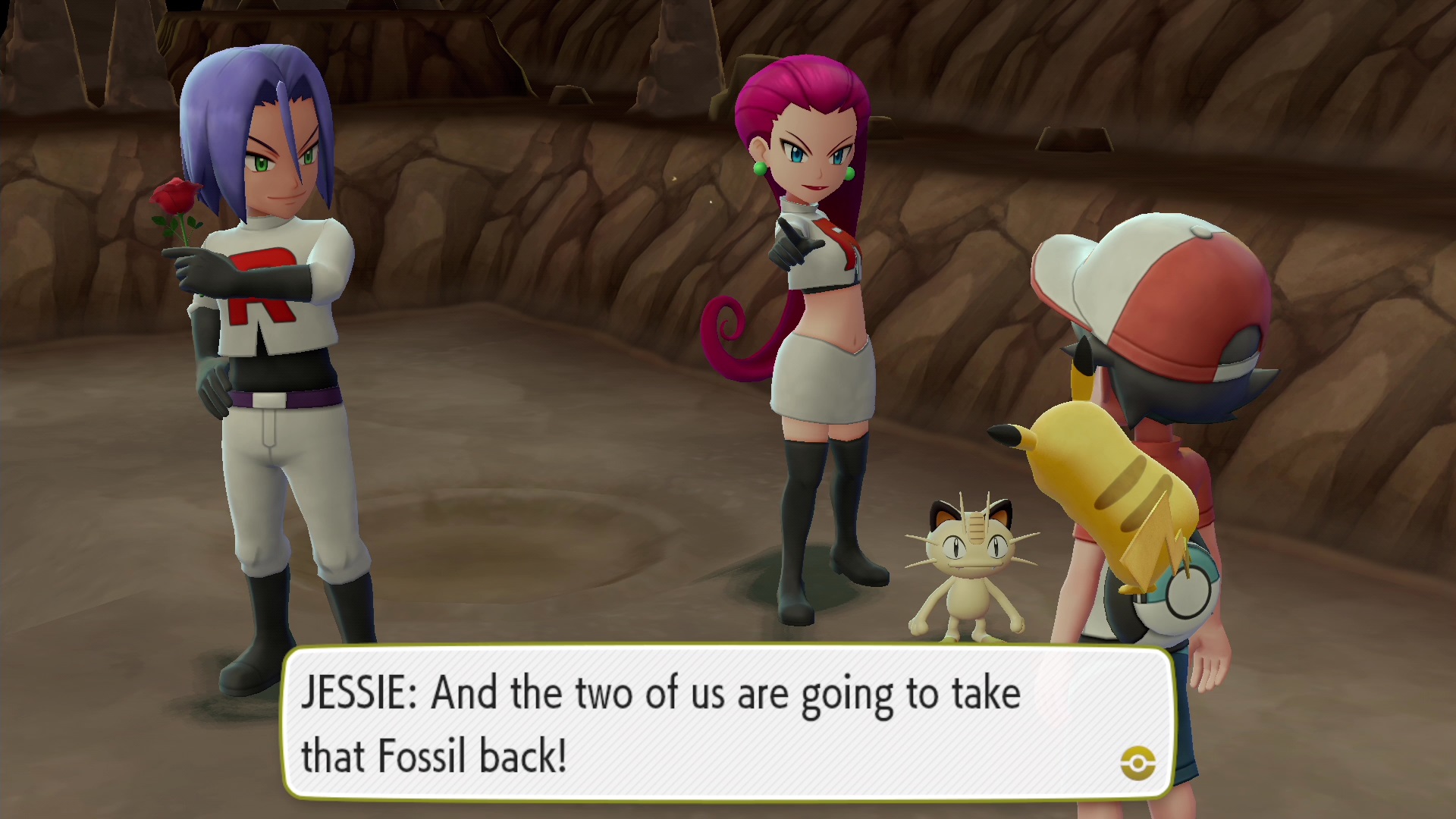 It has been reveal that Team Rocket’s most famous members will be in Let’s Go. Prepare for trouble and make it double! Jessie, James and Meowth will be crossing over to Let’s Go. They will make appearances at certain locations to cause trouble for the player.

We are only months away from the release of Pokemon Let’s Go. Have you decided if you will choose Pikachu or Eevee? Make your choice known by using the hashtag #TeamPikachu or #TeamEevee!

Let’s go and have some fun with these new games and Mega Evolution! After all, choosing Pikachu or Eevee is only the beginning.