Almost everyone I know seems to argue that they don’t like the new Fairy type. I’ve heard everything from complaints about it not making sense, to where people just want Generation Six to go die in a fire for it. Others want to know why Nintendo didn’t go with a Light type instead. Well rather than hating on it immediately like some people might be doing right now, I took a step back to try and see why going with a Fairy type, name and possible theories behind it, was the course Nintendo tried to take.


First off, the name: Fairy type refers to a type of mythological creature that is often portrayed in many different ways. A lot of fans said this didn’t make much sense, because a fairy isn’t a type, it’s a thing. However this isn’t the only type based off of a ‘thing’ or creature. Dragon type is also based on the mythological creatures of dragons, where most Dragon Type Pokémon are based off of powerful symbols of various mythology that resemble our scaly, sometimes winged beasties. Sometimes it’s just a mild resemblance that counts it as a Dragon Type, in such cases with Druddigon, whose design looks to be more based off of a gargoyle. The limit doesn’t stop at Dragon Type either: Ghost type, is based on a paranormal creature seen in both fantasy and science (at least that paranormal kind anyway). In Pokémon, these have a more literal meaning in the name, where those of the ghost type are passed on life forms of whatever they were previously. That doesn’t necessarily limit them to ghosts, as Pokémon such as Shedinja, which follows a more zombie role as it comes back to life from being an empty husk, and Golett and Golurk, who appear to be based off of living ancient golem-like machines, and not exactly something the Ghostbusters need to be chasing. There is also not much evidence suggesting that another Ghost Type: Sableye is a passed on spirit or not. The only evidence of ghostliness is in its Ruby PokeDex entry where it states: ‘They are feared, however, because these Pokémon are thought to steal the spirits of people when their eyes burn with a sinister glow in the darkness.’ It doesn’t really imply that Sableye is a dead spirit of any kind. What does this have to do with Fairy? Well if you think about it, the same logic would apply. The type itself would refer to those Pokémon with Fairy-like qualities. The most common aspects associated with fairies at a first glance, seem to be small in size, cute, playful looking creatures. Sometimes elegance and femininity follows up afterwards. This would explain why Gardevoir received a Fairy typing on the elegance spectrum, while Jigglypuff and Marill, being cute and small, and fit into those characteristics. They are also in the Fairy Egg Group as well.

So if we go along with the fact that Fairy type, thus far, means those that are fairy-like. Well what exactly does fairy-like entail? What does being a fairy mean? Let’s look back on a few things that are rather common knowledge about fairies:

Fairies can be seen as small magical creatures that are associated with a lot of things, mostly innocence and sometimes interactions with small children because of their young pure souls and hearts. However, some fairies are also seen as evil, coupled with death and darkness and more commonly, mischief. With an either good or evil complex, one thing they share in common is it is one or the other, not both, and not a mix. What exactly am I getting at? Purity. Fairies are often seen as purely one side or the other of the good and evil spectrum. What else is associated with purity? Light. In the ongoing battle of light versus darkness, light represents purity, darkness resembles corruption. As Dark type in Japan is known as Evil type, it would only make sense that Fairy type, by itself, represents purity in a good form. This also leaves Nintendo to pair Dark and Fairy up for the aforementioned ‘evil fairies’. Also, the rumor going around that Poison type may be super effective against Fairy type. If this is true, then the theory that Fairy type represents a ‘good purity’ is further reinforced that those that are pure are more likely to be tainted by corruptible entities. Poison type represents pollutants, toxins, and contaminants and so on. These would easily affect something of a pure nature, should that be what Fairy type indeed represents. Does it seem like a coincidence? I don’t really think so.

Now you’re probably saying “Well this is cool and all that jazz, but it doesn’t explain what we do know; it’s super effective against Dragon Types! Explain that smarty.” To answer that question, let’s look at classic medieval clichés where a knight has to go save a princess. Often the knight has to be pure of heart or have no form of negative entities, such as greed, pride, in order to defeat an evil dragon and probably end up saving some princess or kingdom. Even the knight in Dragonheart had to kill a dragon to save the day after growing out of hatred and malice for all dragonkind. Sometimes fairies end up helping a warrior meant to go out and save the world, all the while nagging you with constant single syllable words and the demand for attention… wait wrong game. Moving on, dragons were originally seen as creatures of evil, from the earliest of mythologies they have been literally seen as devil spawn monsters out to consume the world. This image of dragons has lessened into a more neutral outlook on them in modern society, giving them the ability to be good or bad. Nevertheless, they were originally seen as evil monsters and it would explain why Fairy type is strong against Dragon Type.

So is Fairy type really the long awaited Light type, just in a different set of suede shoes bearing a fedora and trench coat? Well after looking at the details, it sure seems that way doesn’t it? Remember though, this is only a theory presented by a fellow, constantly thinking Pokémon fan. 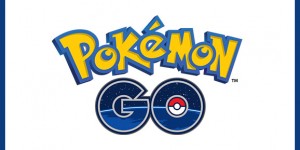 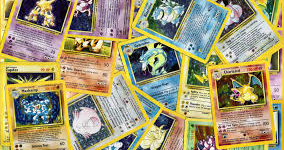