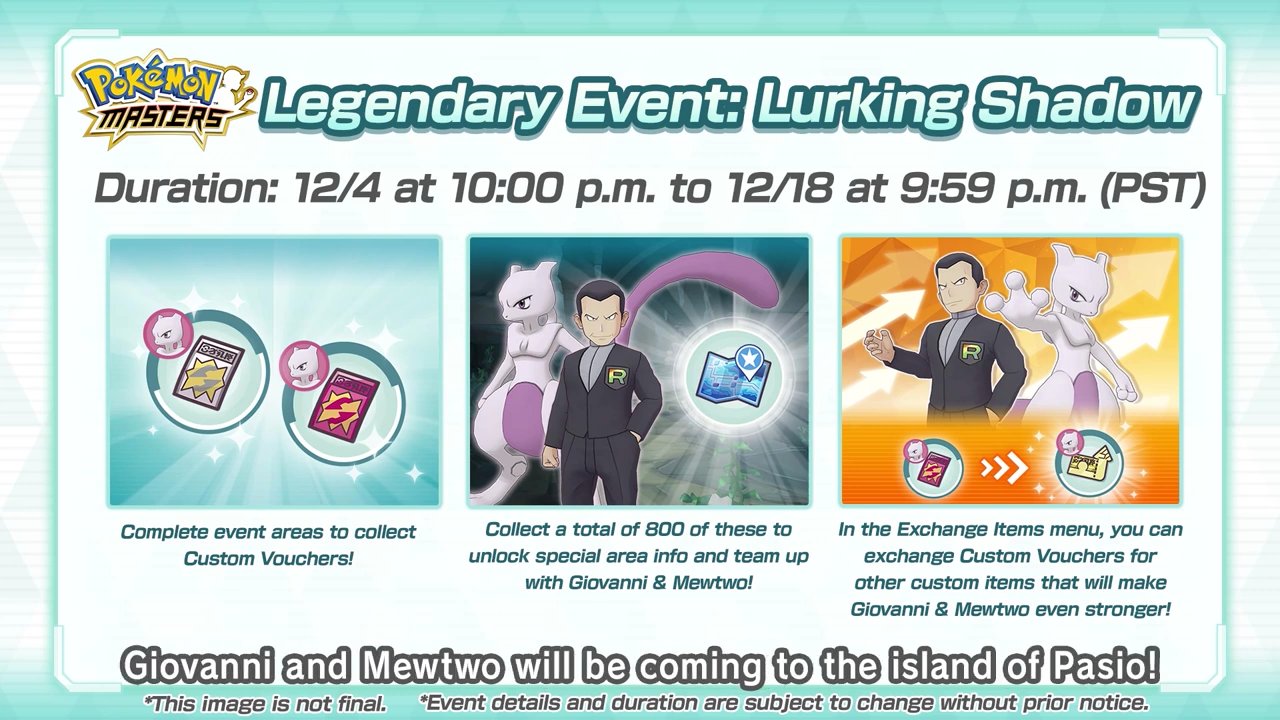 Get ready for Pokemon Master’s first Legendary Event and more!

A Pokemon Master’s update has been release today. The update features a detail list of upcoming events for Pokemon Masters in December and early 2020. Some of these events involve a Legendary Event featuring Giovanni & Mewtwo, new Sync Pairs, a seasonal event and future plans!

Make sure to bring plenty of Dark type Pokemon with you such as Karen & Houndoom and Nanu & Alolan Persian. These Sync Pairs will be able to hit Giovanni & Mewtwo for Super Effective damage.

Players will also be able to exchange Custom Vouchers to help power up Giovanni & Mewtwo to make them stronger. 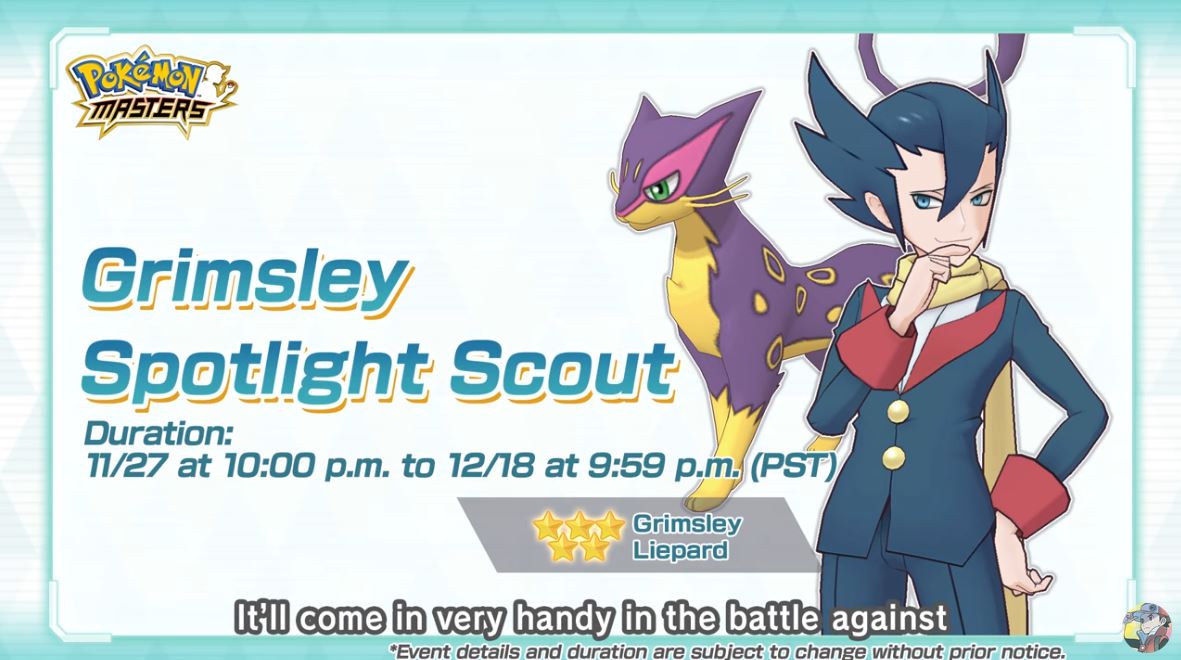 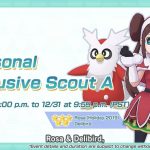 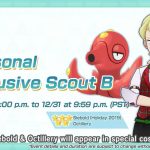 The first of holiday themed scout pairs have arrived! Pokemon Master will allow players the chance to get special costumed Sync Pairs with their Seasonal Exclusive Scout Pairs featuring Rosa and Siebold.

Both Scout Pairs will be wearing seasons costumes to get players into the spirit of the season. Rosa will be paired with Delibird. Meanwhile, Siebold will be using his Octillery. Both of them will be Five Star Sync Pairs.

These Seasonal Exclusive Scout Pairs will be available from December 11th at 10pm to December 31st.

Lastly, it was announced that players can look forward to Lance and Cynthia joining the fray in Pokemon Masters.

Lance will be teaming up with his famous Dragonite using Hyper Beam. Meanwhile, Cynthia will be joining forces with her Garchomp. This Garchomp will be able to Mega Evolve into Mega Garchomp to unleash a powerful Earthquake attack. Both of these Sync Pairs will be Five Star. A third Sync Pair was also teased but no details on who this will be.

It was also announced at a Sync Grid will be introduced into Pokemon Masters. This feature will allow players to customize enhancements for your Sync Pairs.

There will also be a new single player feature call the Battle Villa. This will be located on Lear’s Vacation Home. Here players will be able to focus on different types of roles for Sync Pairs.

Below is a video that talks about all these updates in detail.

Best of luck and battling trainers!