Hello wonderful world of PXR, this is Sabi, your RP Mod but also ASB GM with an announcement from the ASB corner of the PXR world. After a few months of hard work, tinkering and making sure that certain ninja amphibians go through security like everyone else, we are happy to announce:

Yep, we’ve got it all in there. Everything from the new Kalos Pokémon, new moves and the Fairy type, it’s all there! We’re still working out Mega Evolutions, but don’t worry, the Officials and Mods are on the job.

Read more after the break!

Everything in the ASB has been updated, including some of the following changes:

How updating the ASB works involves a lot of coding for the Compendium. Most of that is done by paperfairy. We use special formulas and math shenanigans to determine stats for the ASB and then have to write out descriptions for the new moves, and see how they operate the best in the ASB. We then discuss various mechanics and take votes on what should and shouldn’t happen. Sometimes we can use things as they are directly from the game, sometimes we need to make something up that fits and still makes sense to its original state. Often times this is done out by hand, looked over and then put into another spreadsheet so it can go into the coding. Lots of coding stuffs, lots of writing and work from everyone, but we all managed to make it through!

With that, I leave you to come on over and see the updates for yourself! If you’re new, it’s easy to start up and join in the fun. You’ll see more articles from the ASB section soon, and hey, if you are a part of the ASB and want to write an article for it, PM either myself, 3m0d0ll, Elbub, Velocity or Grassy_Aggron with something you’d like to have approved as an article, or if you’ve just got an idea for one. 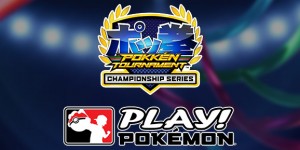