Are you ready for your Pokemon podcast fix? Then we got it! There is a great mix of everything involving Pokemon. It is a great thing that we offer so many different podcasts to listen!

By the way, we do not have anything to do with with a musical but it seemed like a good idea to include it. If anything, just laugh at the long subtitle for the column and get ready to listen to some great podcasts after this short blurb.

Don’t touch that Totodile! It is podcast time!

P.U.C.L Podcast: the TCG– Trainer Thatch and his co-host get together at the Lavender Tower Radio Tower to talk about one of the biggest pillars of the Pokemon fandom. The Pokemon Trading Card Game! They discuss the Pokemon TCG Online game and how it helps new players get into the TCG. They even mention some of their favorite cards. So make sure to take a listen!

Pikapi Podcast: Holy Cow!– Mako goes over an episode where Ash is depressed about his defeat at the hands of Whitney and her (evil) Miltank! Expect to hear how Ash works his bacon off to learn how to counter the unstoppable Miltank Rollout that has plagued trainers since Gold and Silver. Also, find out why Ash sticks around in the anime and how come so many people love him.

The Dex! Podcast: Running a Muk!– The Dex! Crew celebrate their 25th episode the only way they know how. Making a podcast epiosde! This one is a long one as they talk about the World championships where a Pachirisu proved her worth among all the huge and tough Pokemon competing.  Then stick for their Top 5 where they discuss which Pokemon they want to see viable in competitive play.

Podcast Monsters: Island of The Giant Pokemon/Tentacool And Tentacruel with Max Ash– Podmon Trainers Gabe, Kacie, and Andrew tackle another pair of Pokemon anime episodes. This time they have writer Max Ash as they conclude the epic arc that all began with our heroes boarding a ship from Vermillion City. What will happen and how would our Podmon heroes handle this epic conclusion! Listen to find out!

Pokemon Mystery Dungeon Podcast: Skipping a Generation (feat. giancarloparimango11)– The PMU Cast celebrate many things in this episode as it is their 5th year anniversary and 100th episode! They have a special guest, PokeTuber Giancarloparimango11. They discuss the newest and biggest announcement from Pokemon and all the leaks from Super Smash Bros. Stay tune for an interview from Giancarloparimango11.

The Underground Podcast: Special News Update #1– Sam does a solo show to go over the latest news around Pokemon. It is a short piece but a quick and easy way to catch up on all the latest Pokemon views and news! This episode also contains an update of the next few episodes coming from The Underground.

Love a podcast you see here? Make sure to rate and review these podcasts! Want to see a certain Pokemon podcast here? Then make sure to leave it in the comments. 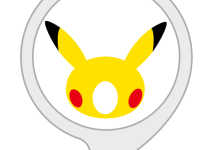 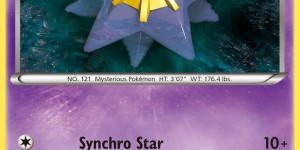