Get ready to Shiny hunt in the TCG once again!
If you are a fan of hunting down Shiny variant cards of Pokemon in the TCG then you are in luck! A new mini-set is coming to Japan that promises to show you plenty of new Shiny cards of some of your favorite Pokemon from Sword & Shield. All of this and more is coming to the Japanese November TCG mini-set, Shiny Star V.

Shiny Star V will have 190 cards in the set. This will be part of the Japanese TCG’s High Class Pack series of mini-sets. Details are not certain but most likely this set will feature a lot of reprint of cards so far release in the Sword & Shield era of cards. Also, this set could also have cards that were release as promos in the US from Champion’s Path and tins.

There will be a Starter Set for Blastoise VMAX and Venusaur VMAX. These will be 60 card decks for each VMAX. It is expected that these VMAX cards will be of Blastoise and Venusaur Gigantamax forms.

There is no word on how Blastoise VMAX and Venusaur VMAX will be release in the US.

These Starter Set decks will be release in Japan on December 4th, 2020. 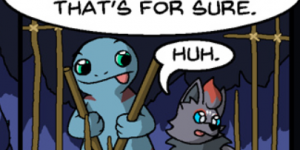