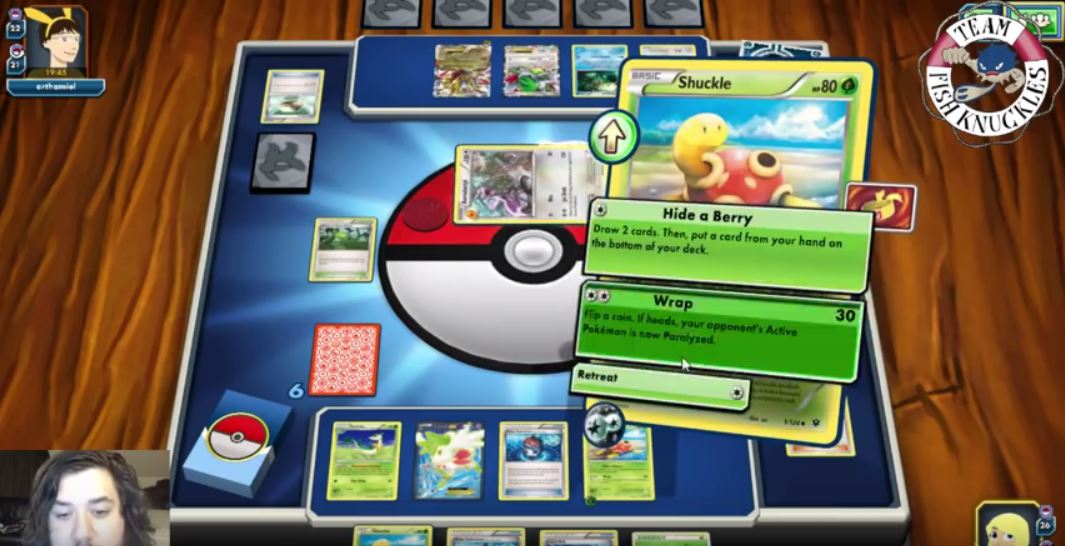 Are you up to watch a match that features a fan favorite Pokemon and pesky status conditions? Then we got the match for you! This time we are featuring a match from Team Fish Knuckles where they are using a Shuckle deck!

The Shuckle deck that Team Fish Knuckles uses can be quite pesky for those who are not prepared. It uses the Serperior line that includes Servine with the Serpentine Strangle ability. This ability can only be used when Snivy evolves into Servine. When you do evolve into Servine, you can flip a coin. If you get heads then your opponent’s active Pokemon is paralyze and unable to attack or retreat next turn. Though if you do not succeed the first time to paralyze your opponent’s Pokemon then you can always depend on Shuckle who will use Wrap. This attack simply cost a Double Colorless Energy and if it is successful then not only does it do 30 damage then it will also paralyze your opponent’s Pokemon. It is a sneaky deck that can become a snake in the grass. The whole point of the deck is to keep your opponent from attacking by constantly paralyzing your opponent’s Pokemon.

Want to see this deck in action? Then go ahead and watch the matches below! This deck had a great run at US Nationals in the hands of a Junior named Darma and you will see it in the hands of a Master handling some intense matches! 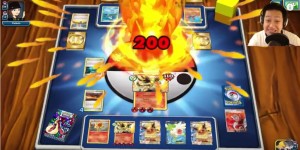 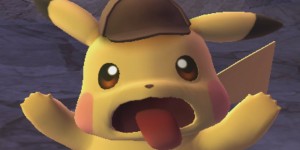