This week we’re taking a look at Mahiwaga. This comic is an original story that takes place in a world full of magic and fantasy. However, underneath all the glitz and glam that comes with a fantasy setting, there is an underbelly of crime, and it’s up to a group of detectives to solve the cases.

Mahiwaga also happens to be the name of the continent where the story takes place. It is a land filled with magic and home to a variety of creatures, all of which are able to channel this magic in some form. However, for all the good, there will always be evil. Our story follows Eddie Denz a magician with access to the wind element. He is a newly hired detective and aspiring writer that works in Gemagateore City. Alongside him is Veno S. Flytrap, a Floran with access to the nature element who acts as a detective’s assistant and comic artist. The head of the detective agency is Hapo Thesis. He’s also a magician with access to the mind element and has a penchant for sophisticated drinks, like milkshakes. Together, they work to solve all sorts of cases, with their first case together being the murder of a very famous artist.

Personally, I really like Mahiwaga’s extensive worldbuilding when it comes to its magic and I’m hopeful it will get explored later. Currently, we only know the basics. There are five kinds of beings that reside in Mahiwaga: Magicians, Floran, Doggons, Akwans, and Luminons. Magicians are, from what I can tell, just humans but with access to magic. Florans appear to be living plants. Akwans are water elementals and appear to be made entirely of liquid water. Doggons are objectively the best, essentially being dogs with wings. And finally, Luminons are another form of element spirits. Interestingly, they can come in one of three variations: Light, Heat, and Electricity. In addition, there’s another type of being called an Illusion but they are a bit of a different beast from other beings. Rather than being a separate species, Illusions are made up of anyone that has access to the Light Element and can change their appearance via the light magic, such as turning invisible. They are categorized different so that the council can keep a closer eye on their activities.

Speaking of the Light Element, Mahiwaga’s magic users also have access to nine possible elements to draw magic from: Water, Heat, Electricity, Mind, Nature, Wind, Earth, Light, and Sound. It’s currently not known if the species of the being limits what magic they can use, though currently only Magicians and Doggons have been shown to use more than one type of element (aside from Luminons which are stated to have access to three elements by default). We’ve also seen some interesting displays of this magic from using wind to piece back together a broken vase to using mind magic to probe people’s memories to heat magic to develop a photo. I’m very excited and interested to see more about all of this and how it’ll factor into the mystery at hand.

Some of you may recognize this art style and that’s because this comic is authored by SomeRandomGuy1. He’s the author of the now completed PMD comic, PMD: Team Aquablaze. If you liked that comic you’ll likely enjoy Mahiwaga as well since it has a lot of the same charm and style to it. And if it’s not really your speed, don’t worry, it appears there may be a PMD: Team Aquablaze sequel in the works. If you’re interested in supporting him, be sure to comment on his comics as well as potentially support him through Patreon and Ko-fi.

And while you’re here, why not check out the rest of the comics in this week’s lineup!

ComicFury Comics
Between Truth and Ideals Formal starter introductions, go!
Clash of Poke-Characters Uh-oh, the Rattata is back up.
Haphazard! Not off to a great start here.
PMD: Hanging in the Balance Seems he knows a good snacking spot!
Spirited Souls A clash has begun!
The Caretaker Nope, don’t like that. Not one bit.
The Legend of Incineroar Daisy is about to get her just desserts.
The Power of Pouvoir Seems he’s mourning in the moonlight.

Deviantart Comics
Galar Adventures New team member time?
Hope in Friends Man this is getting DARK.
Golden Sun Yay!! Dawn won!
Mahiwaga Veno’s trying to focus!
PMD: Mysteries of the Soul Looks like we got a start.
TC-96 Seems Newtwo is remembering something.
Trick of the Night This seems like a decision that will have no repercussions whatsoever.
Yet Another PMD Comic It never is that easy. 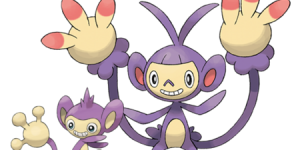 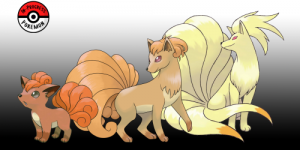