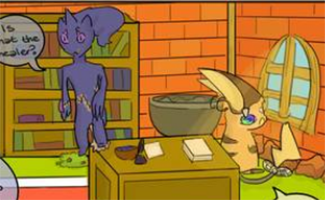 This week we’re taking a look at PMD: Turncoats. This is a Pokémon mystery dungeon comic that focuses on a band of outlaws who hate rescue teams. Aimed at tormenting them any time they venture into Apple Woods, this band of bandits are devoted to no good until one of their members receives a premonition about the end of the world. Taking place after the events of PMD: TDS, it’s a fun little story that takes a new perspective on the world we know and what things have changed. There’s plenty of nods to the games and it has a fun art style and interesting cast to observe.

The author is Atomic-Wallflower who you can find on Deviantart. While they don’t do much art outside of their comic, what pieces they do do are excellent and deserve great praise. So if you want to see any future pieces or want to check out their comic, be sure to follow them there for future updates!

Crossroads Comics
PMD: Explorers of Life Quite the interesting crew they have recruited.
Shinka: The Last Eevee Oof… Nick that’s not something to laugh about.

Smackjeeves Comics
Clockwork Unova Time’s a wasting!
Journey of a Wott The egg hatched!!
Kilroy Rex, indeed, does not know what stage left means.
Novae A shooting star!
Pokémon Gray A reasonable reaction for most Galarian citizens I presume.
PMD: Mitigation A meeting of all the professors? But why?
PMD: Outlanders Did they manage to escape?
PMD: Seeds of Dissonance Now who could that be!
PMD: Team Detect Well that’s ominous.
The Essence of Being Don’t touch the Mewtwo!

Deviantart Comics
After the Ashes At least the Pokémon know she’s safe.
Basti’s Black 2 Nuzlocke It’s time for revenge!
Connected Destinies Now what could that mean?
Fallen Flowers A new setting for new adventures.
Finding Your Roots Onward! To Dewfish!
Golden Shrike It’s back!
Guardian New teammate! … hooray?
Milos from Home I suspect foul play.
PMD: Adventures of Team Sunflower This is a big decision.
PMD: Turncoats Gotta reassure them that the baddies aren’t totally up to no good.

Off-site Comics
Dystopia Comics Well that was… random.
JHall Comics Uh-oh it’s the starters!
Libearty Priorities.
Lil Char and the Gang Who is that?
Nerd and Jock It’s his worst nightmare!
Optipess Comic Education is important.
Pedro Arizpe The toll of fame.
Redfur13 What a cute little kitty!
TheGreyZen1 Hahahaha! Get it?
The Little Trashmaid Is that a romance I see blooming?
Wags Betrayal! 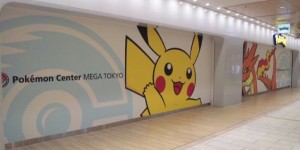