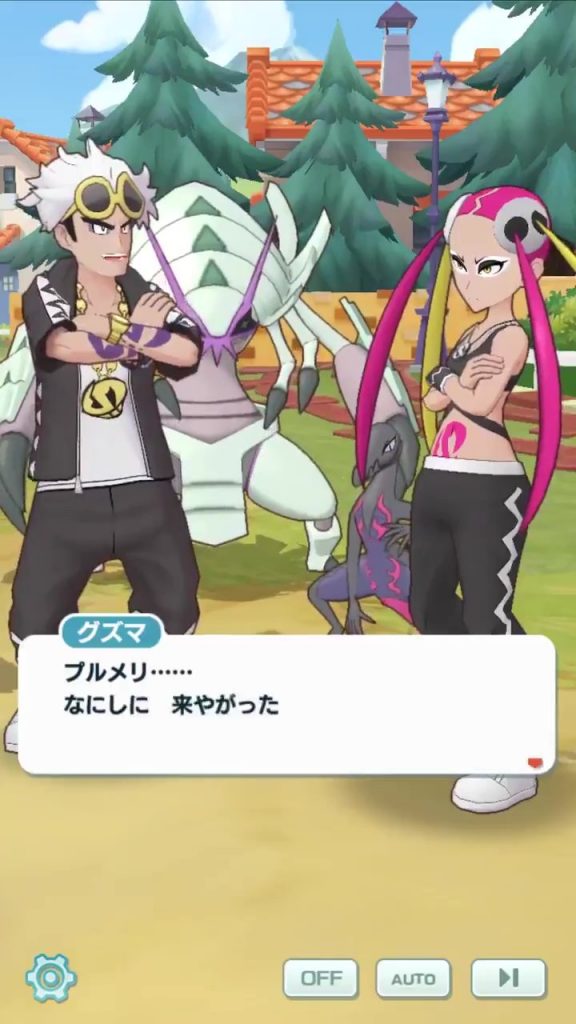 The next story event is on its way!

It has been confirmed that the next story event, Team Skull Crash Course, will run in Pokémon Masters very soon. Alongside this, a special Guzma & Plumeria Spotlight Scout has also been announced to run which will add the Sync Pairs of Guzma & Golisopod and Plumeria & Salazzle into the game. It is unknown how long this next story event will be or what form it will take, but these two Sync Pairs are definitely worth your while.

Guzma & Golisopod are a five star strike pair. While Golisopod is traditionally a bug/water type, its focal type in Pokémon Masters is Bug. It still retains an Electric type weakness though making it valuable against certain Sync Pairs and trainers with flying type moves. Golisopod is also able to get the passive ability, Danger Dodge 2, which sharply raises the user’s evasiveness when the user’s HP drops to half or below for the first time in a battle. Golisopod has two moves at its disposal: Pin Missile, which attacks the target two to five times in a row, and First Impression, which deals a massive amount of damage when the user first enters the battle but will fail to land if the user has used any moves upon entry. Guzma is also able to provide assistance with his Dire Hit+, which sharply raises Golisopod’s critical hit rate. Plus, he has his special move “Beat ‘Em Down!”, which uses a maximum of three slots of the user’s move gauge. Based on the amount used, this move raises the user’s Attack and Defense by up to four stat ranks. They also have the special sync move, Your Boy’s X-Scissor.

Plumeria & Salazzle are a five star strike pair as well. While Salazzle is traditionally poison/fire, its focal type in Pokémon Masters is Poison. It still retains a weakness to water moves though making it valuable against certain Sync Pairs like those with ground type moves. Salazzle has three passive abilities: Superduper Effective 2, which powers up moves that are super effective, Antitoxin, which prevents the user from being poisoned or badly poisoned, and Flameproof, which prevents the user from being burned. Salazzle has two moves at its disposal: Smog, which has a moderately good chance of leaving the target poisoned, and Sludge Wave, which has a very small chance of leaving the target poisoned. Plumeria can also assist with her moves, Move Gauge Boost which increases the Move Gauge by three, and her special move “Outta My Way!”, which raises the user’s Sp. Atk and Speed by up to three stat ranks based on the amount remaining in the user’s move gauge. They also have the special sync move, Wicked Enforcer Acid Downpour.

So be sure to get these very valuable Sync Pairs while you can! 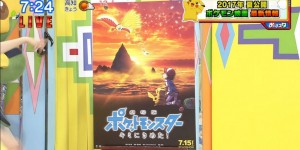 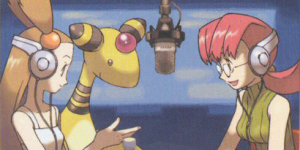