Be prepared to enter the mind of the man who wanted to end the Pokemon anime.

Today you are going to watch a video going into the thoughts of Takeshi Shudo. Perhaps you have heard of this man from various places on the internet. After all, he was the lead scriptwriter for the first three Pokemon movie. This man has wrote countless episodes of the anime and has been quoted to say various things about the Pokemon anime. Takeshi Shudo has gone on record to say that he wanted a T-Rex in the third Pokemon movie. Though, there was a method to Takeshi Shudo’s madness. A drive that made him go deeper and deeper into what he thought was going to lead to the end of the Pokemon anime.

All of this is amazing information into the creative process of the Pokemon anime. The amount of freedom that was granted to Takeshi Shudo’s work. Though, it is littered with signs of a man who was using alcohol and drugs to fuel his creative process. All in an attempt to push himself to his limits.

With that said, give this video by Lockstin & Gnoggin a watch to get an idea of what was going through Takeshi Shudo’s thoughts concerning the end of the Pokemon anime. When you are done, I would suggest you read what Dr. Lava found on his website, Lava Cut Content, to get even more details on this subject. 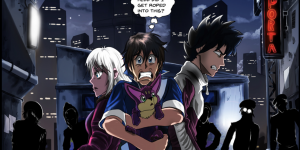 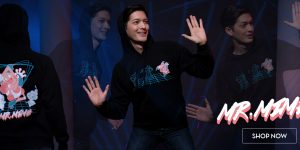